Both teams still have a mathematical possibility of making it to the next round.

Lahore Lions and Dolphins will each other in a battle for identity at Chinnaswamy Stadium, Bengaluru. Dolphins were packed off in both their matches but were impressive without the string of renowned players. While there opponents, Lions have had a mixed journey from the qualifying stages to the main draw. Catch Live Scorecard of the Chennai Super Kings vs Lahore Lions CLT20 2014 match here

When two teams meet in Bengaluru, they will just look to win the match.A win will take them closer to the main draw as both teams still have a mathematical possibility of making it to the next round.Catch the Live Blog of the match here

Cameron Delport who had a 9 ball stay in the match against Chennai Super Kings (CSK) will love this opportunity at hand while Dolphins also have names like Keshav Maharaj, Khaya Zondo and Morne van Wyk who have shown there dangerous hitting abilities. 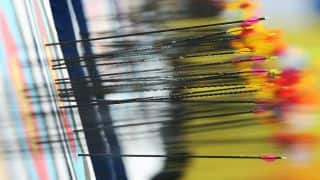 Asian Games 2014: Silver to Abhishek Verma on a brilliant day for Indian Archery