Follow the live scorecard of the day five of the second Test.

Sri Lanka and South Africa battled for the series on Day Five of the second Test at the Sinhalese Sports Club, Colombo. South Africa are 39 for one, while chasing 369. It is not going to be an easy chase given the fact that it is a Day Five track and that the spinners will come in play. In the first innings, the spinners played a huge role for Sri Lanka as Dilruwan Perera and Rangana Herath starred. Catch Live scorecard here

Sri Lanka have been dominant this year, but lost the One-Day International (ODI) series against South Africa. And then, they went on to lose the first Test as well, which put them under tremendous pressure in this game. They have to win this one to maintain a good record this year in Tests. South Africa on the other hand, would be happy with a draw as well. 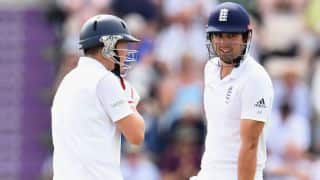 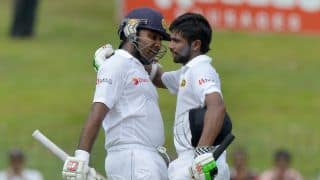