Lodha Committee has proposed separate governing bodies in the IPL and the BCCI.

Hello and welcome to CricketCountry’s live coverage of Justice Lodha press conference. We shall be bringing you the live updates from conference as and when they occur. Justice R.M. Lodha (retired), who gave a landmark verdict in the 2013 Indian Premier League (IPL) spot fixing and betting scandal. Earlier in July, the Lodha Committee recommended two-year suspension of Chennai Super Kings and Rajasthan Royals from the cash-rich Indian Premier League. Tainted CSK Team principal and ICC chairman N Srinivasan’s son-in-law Gurunath Meiyappan was handed a life-ban for indulging in illegal betting activity during 2013 IPL along with former Rajasthan co-owner Raj Kudra.

Earlier in the week, the Cricket Association of Bihar (CAB), which has been fighting for recognition, raised the issue with the Justice R.M. Lodha panel which is expected to submit its report today “The Lodha Committee which will be submitting its report in January 4 is expected to suggest several changes in the BCCI‘s constitution and functioning. So, I have written to panel raising the issue of providing affiliation,” said CAB secretary Aditya Verma.

In the wake of the DDCA corruption row, the Justice Lodha Committee also met a bunch of stakeholders, administrators and cricketers to finalise the radical reforms, suggested that the affiliated state units, who do not use their funds for cricket and instead make it use for improving the infrastructure, will face some stern sanctions from the Board of Control for Cricket in India (BCCI). “It was discovered recently that an association official had used the BCCI money for renovating his own office. This isn’t a one-off case. Such misappropriation of funds has been happening in several associations for a very long time,” an official who had met with the Lodha Committee told Times of India.

Here are the revelations made by Justice RM Lodha on Monday afternoon, after submitting their report to the apex court of India. While there have been sweeping changes proposed by the three-member committee, it must be remembered that these recommendations are not binding. You can find the complete report by the Lodha Committee here:

Lodha Committee has proposed separate governing bodies in the IPL and the BCCI. IPL governing council will be given limited autonomy, and they will be reporting to the BCCI. IPL GC can take decisions on all matters, including financial.

The Committee has proposed players’ associations, along with the registration of agents. Former India cricketers Mohinder Amarnath, Anil Kumble and woman cricketer Diana Edulji to form a steering committee for the players’ associati0n.

The Committee has also proposed a strong system in place for the registration of the agents, with the system providing a strong support to the cricketers.

Lodha Committee has proposed appointing a CEO of the Indian cricket board, who will be assisted by 6 professional managers in carrying out his job.

The Committee has proposed appointing one association from each state, which will be the full member of the Indian cricket board. The full member will also have a right to vote. The other members, who do not have any territory or competitive presence, have been termed as those with ‘associate status’. They will have NO right to vote.

Each BCCI official can hold the office for three terms, with each term being of three years, the Committee has said. It has added that no office-bearer in the BCCI can have more than two consecutive terms in the seat.

NO official in the BCCI can be a minister or government servant, says the Lodha Committee.

As far as the IPL is concerned, the body that will be managing the tournament will be known as the Governing Council (GC). The IPL GC will have 9 members, including the treasurer and the secretary of the BCCI. These two will be the ex-officio members of the IPL GC. The full members will nominate the two other members. The remaining five member will have two nominated by the IPL franchises, one representative from the players association and the last person will be nominated by the Comptroller and Auditor General of India.

Lodha Committee has proposed for legalisation of betting in India.

The Committee has also proposed bringing the Board of Control for Cricket in India (BCCI) under the RTI Act!

The Committee has proposed that the selection panel for the Indian national side should consist ONLY of former Test cricketers. It will have only three members, and one with most Test caps will be the chairman. The panel to spot talent in the country also to have three members. Both these committees will be appointed in BCCI’s Annual General Meetings (AGM). 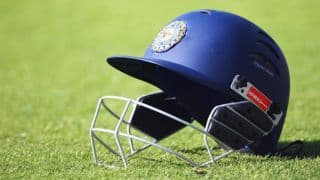