The report which has been submitted by the RM Lodha Committee aims to recommend many reformative moves of the governing body for cricket in India.

The final report by Justice RM Lodha Committee was on Monday submitted in the Supreme Court. The report which has been submitted by the RM Lodha Committee aims to recommend many reformative moves for the governing body of cricket in India, the Board of Control for Cricket in India (BCCI). The committee consisted of three members — Justice (retired) RM Lodha, Justice (retired) Ashok Bhan and Justice (retired) RV Raveendran. The Indian cricket governing body would have spend some anxious moments, in anticipation whether the apex court will make the recommendations binding or not.

According to PTI on Sunday, there were reports in some quarters that the panel may recommend that politicians should not be part of the Board which is run as a society registered under the Tamil Nadu Societies Registration Act. The executive functionaries are all honorary office-bearers with most of the top state cricket associations being run by either a politician, or a bureaucrat or a heavyweight industrialist. Virat Kohli to be presented with Polly Umrigar Award

Barring former India captain Sourav Ganguly, who is the Cricket Association of Bengal (CAB) president and Dilip Vengsarkar, vice-president of Mumbai Cricket Association (MCA), none of the top cricketers are running the show in state units. The second contentious issue that probably will be dealt with in the report is the ‘Conflict of Interest’. The committee may also suggest making IPL a separate private limited company under section-8 which has to reinvest all its profits. Cricket Association of Bihar raises affiliation issue with Lodha committee 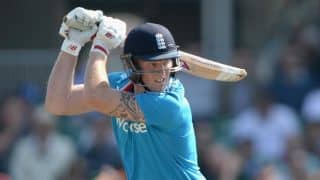