The ECB banned Kaneria for life in June 2012 over allegations of spot-fixing.

The woes of Pakistan‘s banned leg-spinner Danish Kaneria continued with a commercial high court in London asking him to deposit a hefty security amount if he wants his appeal against the life ban to be heard.

The commercial court bench headed by Justice Andrew Smith held a behind the closed doors hearing in London in which Kaneria’s appeal against the costs of 20,000 pounds was claimed from him by the England and Wales Cricket Board (ECB) and his life ban were deliberated upon.

“The ECB has pushed for the appeal to be split and heard separately and the court has told me to deposit a security amount of 20,000 pounds if I want my appeal against the life ban to be heard on 11th April,” Kaneira told PTI.

“If I can’t deposit the amount the hearing will not be held on 11th April,” he said.

The Test leg-spinner said he had informed the court that he was not in any position to make such a hefty deposit.

“Since the last three years I have been fighting to get justice in this case on my own and I have spent out of my earnings and savings with no assistance from anyone including the Pakistan Cricket Board (PCB),” he said.

“After the money I have spent today I am no longer in any position to arrange for such a big amount,” he added.

Kaneria said the ECB had also pushed for the court to get him to deposit another amount of 14,000 pounds in the appeal hearing against the costs claimed from him by the ECB.

“I can now only appeal to the PCB to look into my case even now and do something because now they are not ever hearing my appeal,” he said.

Kaneria’s flourishing career was halted in late 2010 when allegations of spot fixing in an English county match in September 2009 first emerged against him publicly.

The ECB disciplinary panel banned him for life in June, 2012 and Kaneria also lost his appeal before a panel of the ECB last year with the PCB also endorsing the life ban to shut him out completely from cricket in Pakistan. 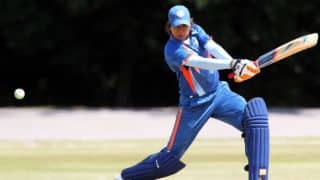