England captain Andrew Strauss hopes his long-awaited 20th Test century will provide the spark for a successful season with the bat. 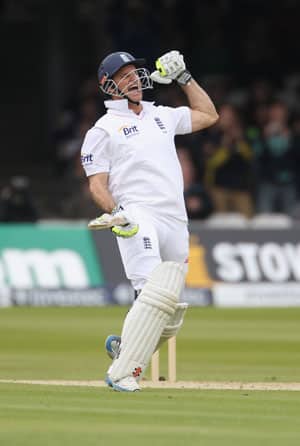 England captain Andrew Strauss hopes his long-awaited 20th Test century will provide the spark for a successful season with the bat.

Strauss had gone 18 months without a Test hundred heading into the series opener against the West Indies at his Lord’s home ground.

However, the left-handed opener reached the coveted three figures with a score of 122 in England’s first innings 398 that took him to within two of the England Test record of 22 hundreds shared by Walter Hammond, Colin Cowdrey and Geoffrey Boycott.

“You don’t want to have to justify your place in the side as a captain,” said Strauss after leading England to a five-wicket win on Monday that put them 1-0 up in this three-match series heading into Friday’s second Test at Trent Bridge.

“Thankfully that takes the monkey off my back, but I’m really conscious of the need to use that as a catalyst to have a really good summer.

“I hope this is a bit of a breakthrough mentally and allows me to stay fresher and go on and score some more hundreds in the rest of the games.”

England endured a torrid winter tour, losing four out of five Tests against Pakistan and Sri Lanka before finishing with victory in Colombo.

But there was plenty of home comfort on offer at Lord’s where Tim Bresnan extended his perfect Test record with a 12th win in the 12th Test of his career.

However, it was fellow England seamer Stuart Broad, the man-of-the-match, who took the bowling honours with a return of 11 for 165 that featured a Test best seven for 72 in West Indies’ modest first innings 243.

Meanwhile Ian Bell weighed in with fifties in both innings, including a valuable 63 not out in England’s pursuit of a victory target of 191 that was in danger of being derailed at 57 for four.

However, opener Alastair Cook (79) and Bell’s stand or 132 got England back on track.

“Whenever you’re chasing there’s a bit of pressure, so it was an outstanding effort from Cook and Bell,” said Strauss. “They played in a very classy manner.

“It was getting a bit harder, but we had faith the wicket would stay flat and slow. Our plan was just to negotiate the new ball, and things would become more simple,” he added.

“That’s one of our real strengths as a side — a number of players play in different ways.

“It is reassuring — with Cook and (Jonathan) Trott at the crease, and shot-players further down the innings. We all know Cook’s qualities, and I’m sure he’s pleased to see the boys home.

“It wouldn’t have been a good thing to fall short in this circumstance,” Strauss admitted.

But on a typically good Lord’s pitch, it was the way in which England restricted the West Indies early on after Strauss had sent the tourists into bat that particularly pleased their captain.

“The bowlers did outstandingly in very tough conditions, and it wasn’t a formality,” Strauss said.(AFP) 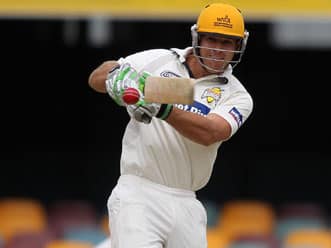