"India was the better team on that day but it was six years ago and it's in the past. A lot of things hurts in life. I have lost four (ICC tournament) finals out of five".

Mumbai (PTI) It was six years ago this day that Sri Lanka led by Kumar Sangakkara lost to Mahendra Singh Dhoni-led India in the ICC World Cup final at the Wankhede Stadium here and the game’s lone centurion Mahela Jayawardene conceded today the defeat hurt at that time. Sri Lanka rode on his century to pile on an imposing 274 for six, but Dhoni led from the front with a brilliant, unbeaten 91 to guide India past the finish line to trigger wild celebrations across the length and breadth of the country on April 2, 2011.

“I did not even remember it until I opened my Twitter account this morning. To be part of a World Cup final is always brilliant and to walk out at the Wankhede with 50,000 people screaming gives good memories,” said Jayawardene, who is now Mumbai Indians’ coach in IPL10.

“India was the better team on that day but it was six years ago and it’s in the past. A lot of things hurts in life. I have lost four (ICC tournament) finals out of five. We learn from every mishap that happens and move on with life. It hurt at that point, but after that, it’s just another game,” said the stylish batsman who scored a magnificent 103 not out in a losing cause in that memorable summit clash.

Looking forward to his first stint at a major tournament as the head coach, Jayawardene said that MI would miss the services of a few players for the season opener against Rising Pune Supergiant in the away game on April 6.

“Mitch (Johnson) has played in the Big Bash (League) and Lasith (Malinga) is coming off after injury. We wanted him to play as much before coming here. He’s playing two T20s (Internationals against Bangladesh) which is good.”

“We play our first eight games in 16 or 18 days, which includes travelling and the experience factor does count. They have played enough cricket and preparation-wise they will be fine. We need to make sure we manage everyone (vis a vis workload) properly.”

He did not see MI holding an advantage over other franchises who are set to miss some key India and overseas players for the full or part season due to injuries.

“I don’t think it’s an advantage. We have to make sure we play the best cricket. It’s a tough (IPL) season followed by the ICC Champions Trophy (in England). We have to manage all that and make sure key players are in the park all the time.

“It’s unfortunate that some players are carrying injuries but that’s part of the whole equation. The unique thing about IPL is there are a lot of backups and it gives them an opportunity to come and perform.”

The Lankan has played in IPL but it’s his first stint in any capacity with MI and he said he looked forward to it and working with skipper Rohit Sharma.

“It’s my first big role. I have worked as a consultant (with England). Coaching is different. I need to step back and give players the freedom to go out and express themselves. We will give them as many ammunition as possible. We have a talented group of players to work with. I was involved in three different franchises before. Whenever we played against Mumbai it was a big challenge as they had a different DNA in the way they approached the game. It was tough. When IPL started Mumbai had icons. It’s a different role for me. I now have to learn the culture and DNA from within and I am looking forward to the season ahead.”

“It’s brilliant to be working with him (Rohit Sharma).

He’s an amazing talent. Rohit is an instinctive player. He’s naturally gifted and that sits quite well as the T20 captain who needs to react to situation pretty quickly. His last four-five years as captain of MI has shown that. It’s important to have that versatility as well as ability to keep calm.”

“Australia have gone in the same direction (with BBL).

David Warner played T20 cricket before Tests. England is also going in the same direction. T20 cricket is there to stay. It’s about striking the right balance and I think fans will decide that.” 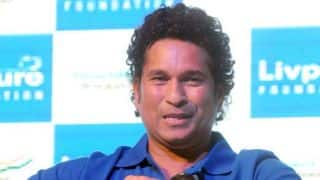 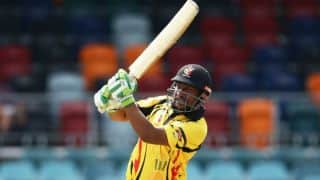