Disgraced former New Zealand cricketer Lou Vincent on Friday denied striking a plea bargain with match-fixing investigators and said he expected to face more corruption charges on top of the 14 already laid against him.

The England and Wales Cricket Board (ECB) on Thursday charged Vincent and his former Sussex teammate Naveed Arif with fixing the outcome of a 40-over county match between Sussex and Kent in August 2011.

Vincent, who is also accused of fixing a Twenty20 match between Sussex and Lancashire in the same month, said in a brief statement issued by his Auckland lawyer that the charges stemmed from evidence he had provided authorities.

“[Vincent] confirms the charges arise from matters he has disclosed to the authorities and he remains accountable for his actions of the past,” the statement said.

“The fact of the charges, and more are likely, dispel any notions of a plea bargain having been done as unfortunately appears to be wrongly suggested by others.”

Evidence from Vincent to International Cricket Council (ICC) anti-corruption investigators was leaked to the media last week, including allegations of fixing in five countries between 2008 and 2012.

Vincent, 35, also testified that a “world-famous international” dubbed “Player X” recruited him into the murky world of match-rigging.

New Zealand captain Brendon McCullum told the ICC that the same player, whom he described as “a hero who became a friend”, unsuccessfully attempted to lure him into fixing in 2008 with lucrative offers to underperform.

Former New Zealand great Chris Cairns has acknowledged his identity has been linked to Player X but denied any involvement with corruption or match-fixing, challenging the ICC to produce evidence.

The ICC probe’s focus on Vincent, Cairns and another New Zealander, Daryl Tuffey, was first revealed in December. Tuffey has also denied any wrongdoing.

Since then, there has been a string of leaks which have left the ICC red-faced and forced it to unequivocally clarify that Blacks Caps skipper McCullum was not under investigation. If Vincent and Arif are found guilty, it would be the first proven case of a English county match being fixed.

Vincent, who played in 23 Tests and 102 one-dayers for New Zealand, will almost certainly face a life ban over his admissions. Whether he and Arif also face criminal charges will be a decision for British prosecutors. After Vincent’s international career ended in 2007, he travelled the globe playing in numerous domestic leagues before retiring from all cricket early last year.

He has previously spoken publicly about his battles with depression and the loneliness of being on the road, which his former teammate Andre Adams said this week could have left him vulnerable to exploitation by match-fixers.

In more ICC testimony leaked to the media, his ex-wife Eleanor Riley said Vincent engaged in match-fixing partly because he believed New Zealand Cricket had let him down.

“He felt that he didn’t owe them anything,” she told investigators. 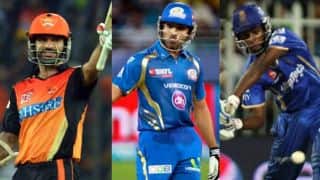 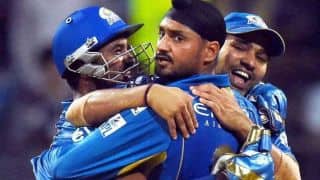