Vincent, has claimed a current international captain was among those approached.

Vincent, who has claimed that a current international captain was among those approached by corrupt players to participate in spot-fixing, has confessed to the ICC’s anti-corruption unit, giving detailed evidence about matches in at least five countries that were targeted for fixing.

According to The Guardian, the anti-corruption unit is working closely with independent detectives employed by several international cricket boards in a bid to uncover the biggest scandal since the conviction of the former South Africa captain Hansie Cronje in 2001.

The report suggested that police are close to charging a former Pakistani international player based on evidence provided by Vincent, although the full investigation is not expected to be complete for at least another year.

A 40-over match between Sussex and Kent in 2011 in which Vincent participated is also being investigated, the report added. 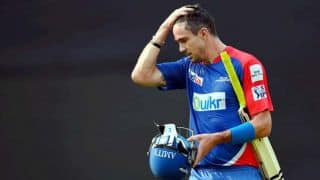