The all-star group of over 20 will be in Antigua for five days of pro-celebrity cricket.

St.John’s (Antigua): Cricket greats from the United Kingdom will assemble in Antigua and Barbuda next month for the 65th anniversary Tour of Lord’s Taverners, the UK’s leading youth cricket and disability sports charity. They include Mike Gatting, Andy Caddick, Luke Wright and Ryan Ten Doeschate as well as celebrities Harry Judd and television personalities Jonnie Irwin, Nick Hancock and Mark Chapman, reports CMC. The all-star group of over 20 will be in Antigua for five days of pro-celebrity cricket, including Twenty20 night cricket at the Vivian Richard’s Stadium and a fundraising dinner and auction. READ: Jonny Bairstow named ‘Player of the Year’ by Cricket Writers’ Club

Lord’s Taverners was founded at Lord’s Cricket ground in 1950 by a group of actors and patron the Duke of Edinburgh and is a thriving members’ club of 5,000 high net worth individuals.

The Lord’s Taverners have had close links to Antigua and Barbuda, having raised 30,000 pounds towards the restoration of the island’s St John’s Anglican Cathedral.

“This special tour to Sir Viv’s homeland is the perfect way to commemorate our 65th anniversary and see how the Lord’s Taverners has helped support the local community. Funds raised by this tour will help provide more young people with a sporting chance,” said Lord’s Taverners chief executive Paul Robin. The tour runs from the October 12-16. 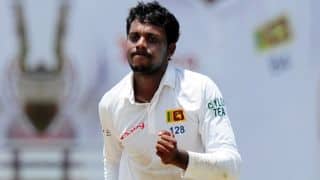