Lyca Kovai Kings will look to get off the mark in TNPL 2016, whereas Tuti Patriots will want to build on the good start in the tournament so far.

Lyca Kovai Kings take on Albert Tuti Patriots in Match 8 of the Tamil Nadu Premier League (TNPL) at the MA Chidambaram Stadium at Chennai.  Catch the live streaming of the game is available on starsports.com and Hotstar, while the live telecast of the game is available on Star Sports 1 and Star Sports HD1, along with Tamil commentary as well. Kovai Kings have lost their only match in the tournament so far, where as the Patriots have won their only game. Kovai Kings lost their match to Ruby Kanchi Warriors in a super over. The match went right down to the wire, but the Kovai Kings could not get over the line.

They will hope that their fortunes turn around this time around and they manage to get over the ine and get off the mark in the tournament. But it will not be easy as the Tuti Patriots won their first match by a massive 45 runs against Chepauk Super Gillies. They will not be an easy side to beat today as well.

As far as the Kovai Kings are concerned, they will be led by J Syed Mohammad. They have Murali Vijay in their side as well and he might make his TNPL debut in this game. The TNPL has been a competitive tournament so far and let us hope that this game too lives up to the expectations. 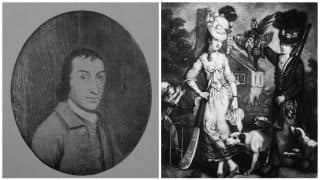