Tukoganj police yesterday registered a case against Shah under IPC Section 354 (assault or criminal force to woman with intent to outrage her modesty) on a complaint filed by her, they said.

The victim went to the police station with her father and grandfather and gave a statement about the episode, they said, adding further investigation in the matter was on.

Just before filing of the case, Shah stepped down from his post yesterday. He is also convener of MPCA’s Selection Committee for under-19 women’s team.

Shah has been accused of sexually harassing the cricketer when she was called for seeking his ‘special blessings’ at Holkar Stadium’s administrative block office here on the evening of September 23, police said.

The former MPCA Joint Secretary has denied the charge and claimed the girl was making the allegation as she had not been selected for the under-19 team.

Asked why the accused has not been arrested, Tukoganj Police Station In-charge Manoj Ratnakar said they have to complete some legal formalities before proceeding against him.

Meanwhile, a fresh five-member committee, led by retired Madhya Pradesh High Court Judge Indrani Dutta, has been set up by MPCA to conduct an internal inquiry into the episode, Association sources said.

Senior lawyer Meena Chapekar, MPCA Chief Executive Rohit Pandit and two members of the Association Anita Atre and Ashok Kumat are other members of the panel, they said.

The new committee was formed after the cricketer pointed out that there was no woman in the earlier panel. 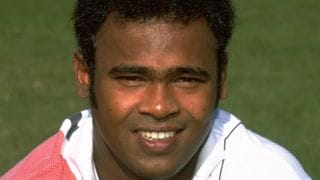 Vinod Kambli to police constable: Please take me to hospital, otherwise I will die