Hardik Pandya's place in the XI for the Lord's Test has been questioned, but his on-field performance cannot overshadow his gesture off it.

Hardik Pandya had kept India alive and fans hooked to television sets for a reasonable time on the fourth morning of the first Test between India and England, at Edgbaston, Birmingham. Pandya’s 22 and 31 in the Test may not seem outstanding, but he was India’s third- and second-highest scorer in the two innings. However, he went wicketless in the Test. His place in the Test squad has already been questioned by Michael Holding.

The trio of Pandya, Ishant Sharma, and KL Rahul, was the last to enter the team hotel in Birmingham. Pandya approached the hotel concierge with a food parcel. According to The The Telegraph, he told them: This parcel contains food which wasn t even touched by us when we dined … Please give it to anybody who comes in the hotel s vicinity asking for food (which is a regular occurrence at night) … It has been packed for that person.

READ Learning from my mistakes with every game: Hardik Pandya

This impressed the hotel staff to no end: I will, Sir, of course I will. 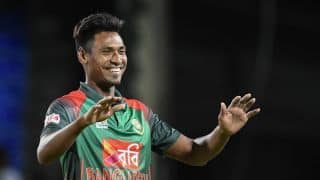