Mahela Jayawardene had earlier requested to cancel the match due to personal reasons.

Sri Lankan batsman Mahela Jayawardene has opted out of the third One-Day International (ODI) against England at Hambantota on Wednesday due to personal reasons, according to a statement by Sri Lanka Cricket (SLC).

According to a report by ESPNCricinfo, Jayawardene had personally requested the Sri Lankan board to grant him the leave. The veteran batsman has been replaced by 25 year-old Ashan Priyanjan. Team manager Michael de Zoysa did not rule out the possibility of Jayawardene returning to the side for the fourth ODI, which is to be played in Colombo.

Sri Lanka outplayed woeful England by eight wickets in the second ODI in Colombo today to take a 2-0 lead in the seven-match series. Unorthodox spinner Ajantha Mendis grabbed three for 33 as England were skittled for 185 in 43 overs after electing to bat in a match reduced to 45-overs-a-side because of bad weather. 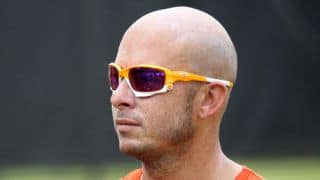