Sri Lanka will take heart in the potential of three young batsmen, Dimuth Karunaratne, Lahiru Thirimanne and Dinesh Chandimal, despite their 3-0 Test series drubbing in Australia. 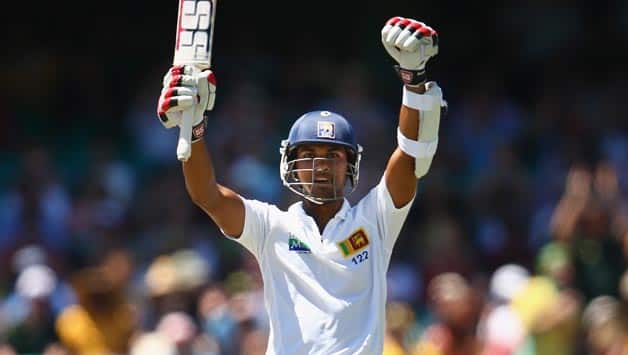 Sri Lanka will take heart in the potential of three young batsmen, Dimuth Karunaratne, Lahiru Thirimanne and Dinesh Chandimal, despite their 3-0 Test series drubbing in Australia.

Little went right for the Sri Lankans on their Australian tour after heavy defeats in Hobart and Melbourne, but they saved their best fighting performance for the final Test, in Sydney.

Despite four players out with injury, including talismanic batsman Kumar Sangakkara with a fractured finger, Sri Lanka fought hard before going down by five wickets to Michael Clarke’s Australians late on the fourth day at the Sydney Cricket Ground.

The shining light was the batting of their young brigade, Karunaratne, Thirimanne and Chandimal, and the wily spin of left-arm tweaker Rangana Herath, who came away with seven wickets on the turning wicket.

“The opportunity that came to Thiri he took pretty well, I thought Dimuth was a very talented batsman and he showed what he could do and Chandimal is performing every time he gets an opportunity in Test cricket,” skipper Mahela Jayawardene said.

“I’m not going to be the captain for the next series, so that’s something for the selectors and next captain to think about and see what direction we need to go.”

Jayawardene, who had a good finish to a generally disappointing series with scores of 72 and 60, said the younger players’ biggest challenge would be mental rather than technical.

“I think the more opportunities they have to play in these conditions (the more) their game will improve, but talent alone will not carry them forward,” he said.

“They all have talent and that’s why they’re here. As long as they are willing to learn and work hard, they will get big scores and be the future of Sri Lankan cricket.

Jayawardene said his team did not put the Australians under enough pressure in the series.

“We had game plans, we did take wickets throughout the series but we leaked runs while we did it,” he said.

“When you are competing at this level, I think we need to be much better prepared and show more character to win Test matches in these conditions.”

Pakistan needs to do more on security front to get back international cricket to the country: ICC