India captain and motorsport enthusiast Mahendra Singh Dhoni has launched the first edition of Southeast Asia’s largest bike extravaganza, the Bike Festival of India (BFI), along with other partners.

BFI will be a unique platform for biking enthusiasts to come together, to be a part of this first-of-its-kind biking adventure in India.

While adventure is an integral part of BFI, the most unique feature is that it accentuates the importance of safe biking.

The festival, launched here Friday night, will bring together over 120 biking communities from across the nation to participate in a series of events as part of the festival whose finale will be held in October this year at the the Buddh International Circuit (BIC) in Greater Noida.

The event marks the coming together of Event Capital, a division of the Laqshya Media Group, and Rhiti Sports, India’s leading sports management firm. The event has been conceptualised by Vikram Shankar — vice-president of Event Capital and Ikjot Singh — the superbiker who also is the founder member.

Dhoni, who is a passionate biker, has decided to lend support to the event.

When he’s not knocking the ball out of the park, Dhoni is known to hit the road with one of his many bikes. His love of biking is celebrated as much as his batting prowess.

Talking about the BFI, Dhoni said, “Biking for me is a passion, which is why I am excited to be part of this initiative that not only is an adventure in its form but also promotes safe biking. BFI will be an annual platform for the biking community to meet, interact and share adventures together. Meeting with the presidents of various biking communities from all over India has been enlightening and I look forward to joining them sometime on the track.”

The Festival will start off with a cross-country bike ride in the first quarter of 2014, mapping each and every state in the country. This will be at least a month long and is expected to put India in the Guinness World Records. This will be followed by a racing championship at BIC in March.

The Festival is open to anyone with a love for biking. 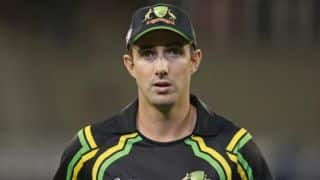