Former Pakistan captain Majid Khan and senior bureaucrat Khalid Mahmood have emerged as front-runners for the post of Pakistan Cricket Board (PCB) chief after Zaka Ashraf's suspension was upheld by the Islamabad High Court (IHC). 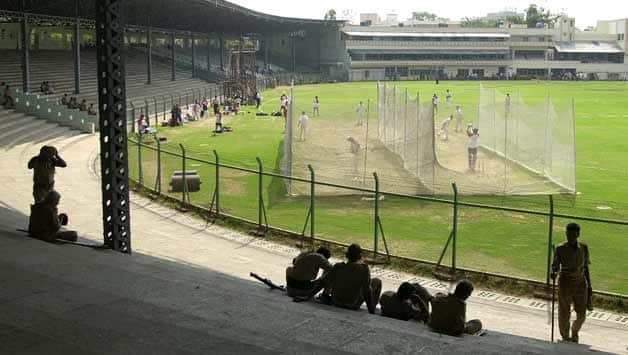 Former Pakistan captain Majid Khan and senior bureaucrat Khalid Mahmood have emerged as front-runners for the post of Pakistan Cricket Board (PCB) chief after Zaka Ashraf‘s suspension was upheld by the Islamabad High Court (IHC).

The activity started after the court yesterday passed an order upholding the suspension of Ashraf as chairman of the board and ordered the Inter-provincial coordination ministry to appoint an interim chairman.

The IHC passed the orders to the IPM after it ruled that Ashraf could not represent Pakistan at the ICC annual meeting in London this month.

The IHC had stopped Ashraf from working as PCB chairman last month and upheld its order yesterday on a constitutional writ petition filed by the former coach of the Army cricket team against the election of Ashraf as PCB chief in May.

“Since the IHC passed its order there is hectic activity going on in the corridors of power as all of them want their candidates to get the coveted post of interim chairman as indications are that whoever is appointed on interim basis will eventually be made permanent chairman,” a reliable source, aware of the developments, told PTI.

He said that the final decision is to come from Prime Minister Nawaz Sharif under whom the inter provincial coordination ministry operates.

“Khalid Mahmood, who was chairman of the board in the late nineties when Sharif was PM, is a frontrunner and the PM has also held talks with him on this subject,” the source said.

He said that Mahmood was presently working as provincial ombudsman in the Punjab province and has close ties with the Sharif family.

“The other strong contender is former captain Majid Khan who is leading a retired life and has past experience of managing board affairs as its chief executive from 1996 to 98,” the source added.

Interestingly Ashraf is in London on a personal visit with his family and is expected to watch the Pakistan-India match tomorrow in Birmingham.