Embattled Cricket South Africa (CSA) chief executive Gerald Majola could face a fine, jail term, or both if he is found guilty of having breached fiduciary responsibilities of his position. 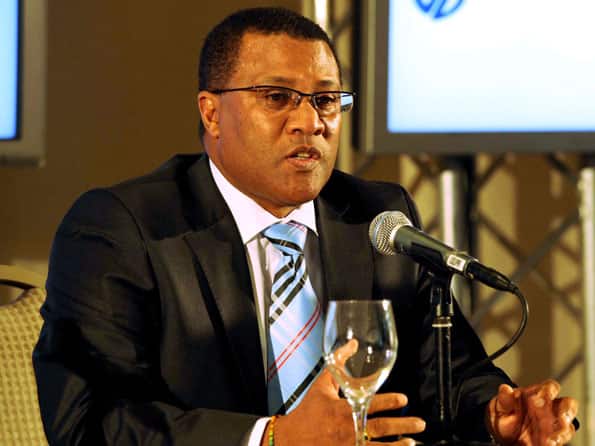 According to KPMG, Majola failed to provide satisfactory explanations or documentation regarding the trips undertaken by him and his wife to justify that such costs were incurred while on CSA business Getty Images

Embattled Cricket South Africa (CSA) chief executive Gerald Majola could face a fine, jail term, or both if he is found guilty of having breached fiduciary responsibilities of his position.

Majola find himself in serious trouble after details emerged as to how the independent forensic audit by KPMG queried 15 flights for the CSA chief and his wife as well as hotel stays that appear not to be linked to cricket board activities.

According to KPMG in the report not fully released by CSA but leaked to the media, Majola “failed to provide satisfactory explanations or documentation relating to the trips undertaken by him and his wife (Phumla Majola) to justify that such costs were incurred while on CSA business.”

As CSA prepared to garner legal advice on the KPMG report, Majola ended months of silence on the allegations of fund misappropriation this week by issuing a statement in which he called on the media to stop reporting that there were funds missing from CSA coffers.

“Let us all respect the process being undertaken by SASCOC (the South African Sports Council and Olympic Committee, which is assisting CSA with the legal inquiry process) and await the final findings and recommendations,” Majola appealed as he continued to protest allegations against him.

Majola had earlier repaid to CSA undeclared bonuses he received from the IPL, which hosted its second edition in South Africa due to general elections in India at that time.

But media retaliated by disclosing details from the KPMG report, among them suggestions that Majola had lied to KPMG investigators when he said that he had attended the launch of the new cellular network Heita by Telkom at Sun City.

The KPMG report could “find no evidence of Majola having been invited to the Telkom Heita launch at Sun City, nor could we establish whether such an event took place at Sun City at the time.”

The Heita launch, in fact, took place at Lanseria Airport in Johannesburg, less than halfway to Sun City.

Most of the 15 queries flagged by KPMG were for trips to Majola’s hometown, Port Elizabeth from the CSA’s Johannesburg headquarters, during periods when there were CSA activities elsewhere.

The KPMG report does say that “we were not provided with an official CSA policy regarding travel expenditure at CSA applicable to the period under review. It appears that the travel expenses incurred by Majola were left to his discretion.”

But besides the travel issues, KPMG found that Majola, by failing to disclose two huge bonus payments of more than R4 million in 2009 for his part in organising the IPL and ICC Champions Trophy in South Africa, may have “offended” certain sections of the Companies Act and have breached his fiduciary duties as a CSA director.

CSA spokesman Michael Owen-Smith declined to comment on the issue until the board had received legal advice.

The KPMG report was initiated by CSA president Mtutuzeli Nyoka, who had called for an independent audit before being dismissed in absentia by the CSA Board.

However, an internal inquiry then largely cleared Majola of any wrongdoing.

Nyoka was reinstated to his position after a High Court action, and immediately arranged the external audit, which commentators say could mean the end of the road for Majola and vindicate Nyoka.