Cricket South Africa (CSA) is not helping their neighbour Zimbabwe, according to former Proteas paceman Makhaya Ntini, who has been appointed head coach of the Zimbabwe national squad just four months after serving as bowling coach. Ntini told the weekly ‘Sunday Times’ that CSA had turned a blind eye to their struggling neighbours. Ntini is the third Zimbabwe coach in two years after Stephen Mangogo and Dav Whatmore. With support from former Proteas teammate Lance Klusener, the first Black South African national player hopes to raise the spirits of the young Zimbabwean side. Full Cricket Scorecard: Zimbabwe vs India, IPL 2016, 1st ODI match, at Harare

“The first thing I asked when I got here was what is CSA doing help and I picked up that South Africa is not keen on visiting here and they don’t want much to do with Zimbabwe. It was sad to hear that, along with the fact that that I was told they nearly didn’t want to come to Zimbabwe for the tri-series they played with Zimbabwe and Australia two years ago,” Ntini said.

“I’d like to find out why they nearly pulled out of that series and also ask why they don’t want to support Zimbabwe, (especially since) they are the only other good cricketing nation on the continent.”

Dismissing the epithets of being the first Black player in the Proteas and the first Black South African serving as an international coach, Ntini said these were “irritations” to him. But he said being Black would help him in his task with Zimbabwe.

“We’ve learnt to work hard, share and care as Black people. That I think is one of the reasons why I was approached for this position. If you are a caring person, you are able to work well with people and this is what Zimbabwe cricket has been needing,” Ntini said, adding that he hoped his appointment would serve as inspiration to other Black coaches at provincial level in South Africa. 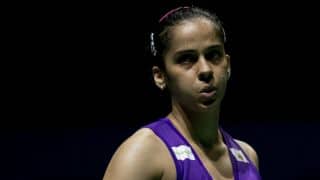