The 37-year-old fast bowler is part of an expedition of 30 players including Ashley Giles.

South African cricket legend Makhaya Ntini learned to play barefoot before being talent spotted and handed a pair of boots, and he knows about bowling on a bumpy pitch. Now he says he faces his “hardest test:” playing the world’s highest game of cricket near the summit of Kilimanjaro, Africa’s tallest mountain at 5,895 metres (19,341 feet).

Once a herder in a rural area of the Eastern Cape, Ntini was the first black African to represent South Africa at cricket, making his debut in 1997. “It is going to be like going back to the old days, playing a game in the dust in the rural areas, when you didn’t care where you played because you were just crazy for the game,” Ntini said, who played 101 Test matches and took 390 Test wickets.

“That will be the greatest of things,” he said, speaking on the mountain, already high above the cloud level.

The 37-year-old fast bowler is part of an expedition of 30 players — mainly amateurs and enthusiasts, but also some professional players, including English spin bowler Ashley Giles — scaling the giant peak for the eccentric charity match.

Those facing the formidable bowler may be alarmed to hear that balls reportedly go far faster at higher altitude. But Ntini laughs, saying his otherwise dangerous delivery may this time be a little slower.

“It won’t be my usual bowling. We’ll be playing in so many clothes with the cold, and then there are the heavy boots,” Ntini told AFP, during the eight-day expedition up the flanks of Kilimanjaro.

“I’ll be taking six paces and that’ll be it, in the thin air. I wish I was 20 years old again, it is the hardest test!” he added.

Teams, who set off trekking early Saturday, aim to reach the peak at dawn on Friday.

They then aim to play a full Twenty20 in the crater of the dormant volcano, laying down a plastic track — hauled up by Tanzanian porters — for the wicket, and playing in freezing air, surrounded by vast blocks of ice.

Qualified umpires will ensure the game is played properly and eligible for the record.

While no technical climbing skills will be needed, playing a game at two-thirds the height of Everest will have considerable risks.

“It is a huge challenge, because each and every one of us will react differently to the altitude, we’ll have to be careful,” Ntini said.

“I want it to be an inspiration to others, to help other black players develop,” said Ntini, who also played for India’s Chennai Super Kings and England’s Warwickshire.

Along with Ntini, who retired in January 2011 and now runs a cricket academy to nurture talent in South Africa, are two young compatriots, Raymond Lebokana and Robert Moloisane, from the Alexandra Township Chiefs, a Johannesburg township team.

“Participation in cricket has provided children and youth an escape from alcohol and drug abuse, and it has allowed several players to reform and lead a safer lifestyle away from gang related activities,” said fellow South African Aliya Bauer, who helped fundraise to get the pair on the expedition.

Players are raising money for various causes, including cancer research and African wildlife conservation charity Tusk Trust, as well as for Rwanda’s first international cricket pitch. The game is growing in popularity in Rwanda after being introduced by those who returned after fleeing genocide 20 years ago. 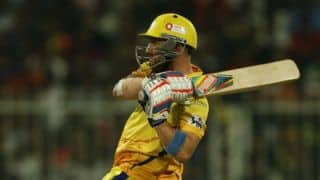