Ntini said he used to avoid travelling in the team bus and preferred running to the stadium to deal with the isolation.

Former Proteas pacer Makhaya Ntini, the first black African cricketer to play for South Africa, has alleged racism within the South African team during his playing days. Ntini, who made his Test debut in 1998, opened a can of worms with his strong revelations which could impact the reputation of South African cricket. Ntini came out in support of the Black Lives Matter (BLM) movement and joins a list of former players who opened up about their experiences with racism, revealing that more often than not he was left feeling lonely.

The 43-year-old former speedster, who claimed 390 Test and 266 ODI wickets and played alongside stalwarts such as Shaun Pollock, Jacques Kallis, Mark Boucher and Lance Klusener among others, spoke about his experience in the wake of the ‘Black Lives Matter’ movement which gathered momentum following the death of African-American George Floyd.

“I was forever lonely at the time,” Ntini, among the 30 former South Africa cricketers to come out in support of the BLM movement, said in an interview with ‘South African Broadcasting Corporation’.

“Nobody knocked on my door to go for dinner. Teammates used to make plans right in front of me, skipping me out. When walking into the breakfast room, nobody came to sit with me.

“We wear the same uniform and sing the same national anthem, but I had to overcome (the isolation),” he added.

Ntini said he used to avoid travelling in the team bus and preferred running to the stadium to deal with the isolation. “I used to see the driver of the team bus, give him my bag, and then I would run to the cricket ground. I did the same thing on the way back, I just ran back instead,” he said.

“People never understood why I did that, I never told them what I was trying to avoid. It became my best thing, I didn’t have to face any of it.

“I was running away from the loneliness. If I was sitting at the back of the bus, they would go and sit at the front. Whenever we won, it was joyful but I was the first to be blamed whenever we lost.”

Ntini said his son Thando too has faced racism. “My son Thando has also experienced this, he was almost stopped from going on a U19 camp (on false pretenses),” he said.

On Tuesday, Ntini, along with 30 former cricketers, signed a statement in support of the BLM movement, saying racism remains part of the game in the country.

In the statement, the former cricketers also threw their weight behind current South Africa pacer Lungi Ngidi, who was recently criticized by ex-Proteas like Pat Symcox and Boeta Dippenar for supporting the BLM campaign.

Former South Africa captain and star batsman Faf du Plessis on Friday expressed his solidarity with the fight against racism that has gripped the world, saying “All lives don’t matter until black lives matter.”

Ntini is one of the most successful bowlers to have played for the South African national team, as he picked up 390 Test and 266 ODI wickets during his long run in international cricket.

South African Cricketers’ Association and Cricket South Africa have also come out with statements in favour of the Black Lives Matter movement. 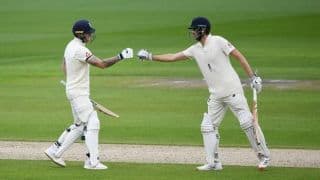 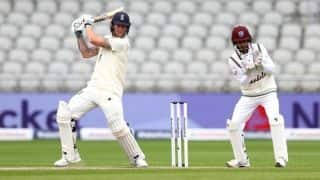