Pakistan's former captain, Shoaib Malik has been ruled out of contention to get a central contract from the Pakistan Cricket Board as he has still not been able to satisfy the integrity committee about an amount of 90,000 pounds in his account. 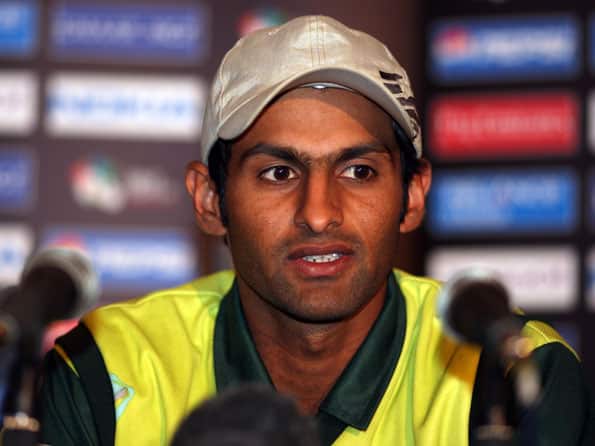 Pakistan’s former captain, Shoaib Malik has been ruled out of contention to get a central contract from the Pakistan Cricket Board as he has still not been able to satisfy the integrity committee about an amount of 90,000 pounds in his account.

Sources in the board said that Malik, Danish Kaneria, Kamran Akmal and Shahid Afridi and Shoaib Akhtar who had announced their retirements were out of contention for getting a central contract.

“In Malik’s case he has provided everything that was asked for by the integrity committee of the board except for the questions surrounding the fate of the 90,000 pounds,” one source told PTI.

The source said that the amount was found in one of Malik’s accounts backdated but than went missing in the latest bank statement he submitted to the board.

“The integrity committee asked him to explain where he had spent the amount but so far he has been unable to give a satisfactory reply to them,” the source said.

“Malik has told the committee that he gave loans to some of his friends but was unable to give details of the persons he had given the amount to leaving the committee members not satisfied with his response,” the source said.

Another source aware of the details confirmed that during his appearances before the integrity committee, it was also found that an Indian had worked for as Malik’s agent for a while and was investigated.

“The present situation is that Malik is clear in every regard except for the unanswered questions about how the 90,000 pounds were spent and where,” the source said.

The Chairman of the Pakistan cricket board in a recent interview had said that once Malik cleared this issue he could walk into the Pakistan team.

Ijaz Butt had noted that given his performance at the domestic level and his outstanding record in one-day internationals, the Pakistan team needed an allrounder of Malik’s caliber in the team.

“I have myself spoken to him and given him brotherly advice that he should just satisfy the integrity committee about this issue and he is clear to play for Pakistan,” Butt had said.

Malik last played for Pakistan on the England tour last year but since than has been ignored for selection and was also not considered for the World Cup because of his issues with the integrity committee.

The PCB is due to announce fresh central contracts by next month for the second half of the year.