India A are ahead of South Africans at the half-way stage.

India A off to an excellent start in their pursuit of 190 with openers Manan Vohra and Mayank Agarwal playing sensibly and have been successful in taking on the South African bowlers. Faf du Plessis has used as many as five bowlers so far, including leg-spinner Imran Tahir, who could turn the match in the visitor’s favour. India A are currently 96 for 1 at the end of 10 Overs. South Africans earlier set India A a target of 190 to win, courtesy of an unbeaten half-century from JP Duminy and hard-hitting from AB de Villiers and Faf du Plessis. South Africans would want to get as much pracice as possible as they will take on a full-fledged Indian side in a T20 International (T20I) series beginning from October 2. Live cricket scorecard: India A vs South Africans, T20 match at Palam

Vohra has already scored a fifty and India A will hope that he carries on batting till the end. India A have a few young talents like Manish Pandey, Sanju Samson and skipper Mandeep Singh to follow. They will not want to leave things too late and rely on the lower middle-order and the tail to win them the match. Live Blog India A vs South Africans, T20 tour match

Earlier, South Africans had won the toss and elected to bat. This warm-up match is being played just days before the start of the T20 International (T20I) series, which starts from October 2. Hashim Amla misses in this match due to personal commitments and Albie Morkel, who was a last minute addition for the injured David Wiese has not received an India visa yet. Both of them will be hopeful of joining the South African squad ahead of the T20I series. 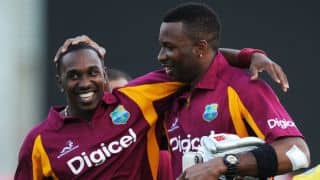 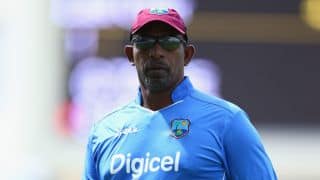