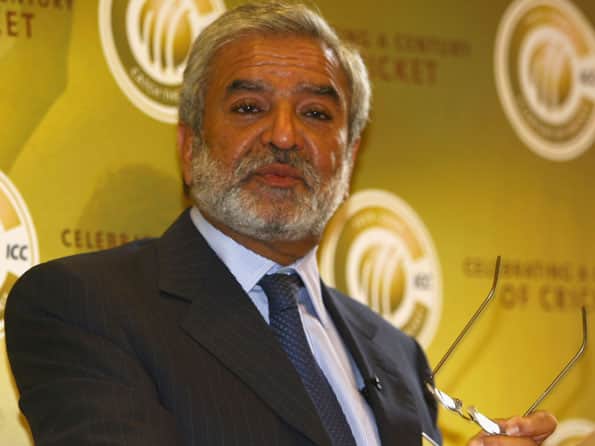 “India has become cricket’s biggest commercial market in the last 15 years and unfortunately their present board is using this financial clout to play politics, particularly with Pakistan,” Mani said in an interview to Radio Deutsche Welle.

Mani said that Pakistan losing the 2011 World Cup rights, the forced exclusion of Pakistani players from the IPL and Champions League and the continued refusal of the Indian cricket board (BCCI) to even play Pakistan at neutral venues, were some of the evident examples of India playing politics with Pakistan.

“The present Indian board has isolated Pakistan in international cricket,” alleged Mani.

He also pointed out that the move by the ICC to end the rotational policy system to nominate the President of the ICC, was because of India’s influence.

Pakistan and Bangladesh boards are supposed to nominate their candidates for the ICC President’s post when Sharad Pawar steps down in 2014/15.

“The Indians are behind this move because they don’t want a Pakistani heading the ICC and also want to increase their overall influence and control in the world body,” claimed Mani.

The Pakistan Cricket Board (PCB) has already opposed the proposals to end the rotation system and to make it mandatory for all member boards to amend their constitutions to ensure that their office bearers are elected and not through government interference.

The former ICC President, however, admitted that teh PCB itself was responsible for the existing situation and its continued isolation in world cricket.

“The PCB, because of its wrong policies while dealing with other boards and its continued strife with its own players, has inflicted self damage. Gone are the days when PCB carried influence and say in the ICC matters,” he said.

Mani said that great damage had been done to Pakistan cricket in the last two years because of the regular problems between the Board and the players.

“These things have damaged Pakistan cricket to no end because PCB has had no visibly clear policies on many issues.”

Mani, who is the only Pakistani to have held the highest position in the world governing body, said until there was a system of accountability in the PCB, nothing will change.

Mani backed ICC’s move to make it mandatory for every member board to have elections and not have government interference in their matters.

“This is a good and constructive move by the ICC and I think Pakistan, India, Sri Lanka and Bangladesh boards stand to gain the most from it because these are the countries where government interference in cricket affairs is obvious.”

He pointed out that even India had repeatedly said that they can’t play Pakistan in a bilateral series because their government had not given clearance.

“This is a good development and the Pakistan board should not oppose it because in the long run it will be the Asian cricket boards that will benefit most from it,” he said.

But the PCB has already issued a legal notice to the ICC over the proposed regulation, insisting that every country had to operate its cricket affairs in line with its particular system.