Kalra will be soon seen playing for Delhi Daredevils (DD) in the upcoming IPL alongside his teammates Prithvi Shaw and Abhishek Sharma.

Manjot Kalra had slammed 101* against Australia in the final of U-19 World Cup at Mount Maunganui last week. He was adjudged Man of the Match as he guided India to a historic fourth World Cup title. It has not been an easy journey for Kalra. His success came under intense pressure as he was battling allegations last year while his father was suffering from a heart disease. They claimed he was too old to qualify for the age group he represented. In September, Kalra, the Delhi U-19 captain, was asked to undergo certain tests by DDCA. This came after BCCI had also asked him to undergo age verification test in July. Here are some excerpts from his interview with Scroll.

On his match-winning U-19 final knock: I was very nervous from the start as it was the final. As I got my eye in, I started playing a few shots and that gave me some confidence.

On allegations over age: There were allegations, but it all came in my favour after I took the medical test. Having never experienced all this, it did affect me, but my family was very supportive and did not let the episode affect me. It wasn t a great time for us, but I am happy that everything sorted itself out. I am fortunate to have played in the World Cup and represented India. Being able to play that knock in the final was just the cherry on top of the cake.

Kalra will be soon seen playing for Delhi Daredevils (DD) in the upcoming IPL alongside India U-19 teammates Prithvi Shaw and Abhishek Sharma. 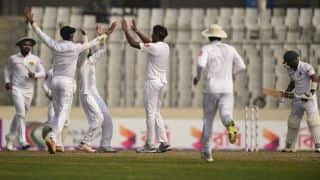