During the last domestic season, Tiwary s average of 126.7 set the mark for the highest in a List A season (minimum 400 runs).

Speaking to ESPNcricinfo, the 32-year-old expressed his frustration at being overlooked for the India A squads to play four-day matches versus South Africa A, a quadrangular series featuring South Africa A, Australia A and two Indian teams as well as the Duleep Trophy.

“I was hoping to be picked in the India A squads. When somebody performs to his highest, then he should be rewarded. And I had an outstanding 50-over tournament last season, creating a record that no one else has had in Indian cricket history, said Tiwary, who played the last of his 12 ODIs in July 2015.

During the last domestic season, Tiwary s average of 126.7 set the mark for the highest in a List A season (minimum 400 runs) and he also achieved two others firsts by a domestic batsman: an average of over 100 in the Vijay Hazare Trophy and Deodhar Trophy. Interestingly, he was told of one these achievements on Twitter by veteran statistician, Mohandas Menon this week.

How many batsmen are there in the history of Indian cricket who has an average of 100 plus in the Vijay Hazare and Deodhar trophy both in the same year ??

Could not locate any other instance. But this could interest u..

Tiwary s chequered ODI career has seen him play 12 matches in over seven years. On debut in Australia in 2008, at the age of 22, he was yorked by Brett Lee and did not get a recall for three years. When he returned in 2011, it was as a replacement batsman and was given five games. In the last of those, Tiwary scored a maiden ODI century and was Man of the Match.

His next appearances came in the summer of 2012, followed by one ODI in 2014. His last chances came in 2015 as part of a second-string team that toured Zimbabwe. Reflecting on his stop-start India career, during which he earned the tag of perennial 12th man , Tiwary felt hurt.

“Although I have matured as a cricketer, as an individual, those experiences have stuck with me. After scoring a hundred for India, I was out of the playing XI for 14 games. That’s also understandable because it’s the India team. But you do get frustrated. I’m human too, he said.

“It was a team decision and I accept it, but I cannot forget that. I cannot recollect anyone scoring a 100 and getting dropped. I was one of them. So when you get ignored after a good season of cricket once again, all those past memories come back to your mind. And you cannot control the thoughts in your mind. It comes back to you even if you want to push it away.

Tiwary, who has also played three Twenty20 internationals, drew parallels with former India captain MS Dhoni who led Chennai Super Kings to a third IPL title this year six weeks before his 37th birthday. He also hoped to hear from the BCCI selectors as to why he was repeatedly ignored.

“Everybody in the world knows, age is just a number,” said the Bengal skipper. “At the age of 32 to get cornered for age – that should not be the reason. Everybody heard MS Dhoni’s response to the average age of the Chennai franchise in the IPL. He looked at a player and assessed whether he was quick in the field, whether he has ball sense and if he has agility. That’s how players should be looked at. And as far as fitness is concerned, I’m always up there. I don’t know what more I have to do, there is no clarity from the selectors. And I would love to hear from them. If I can get to know what the parameters are, then obviously I will plan accordingly.

Tiwary still harbours hopes of playing for India, and targets the A squad coached by Rahul Dravid.

“Even I have a dream to play for India, and the only way forward is step by step. I’ve never got an opportunity to play under Rahul bhai, so I wanted an opportunity, to be honest. It’s difficult to make it to the senior team right now, but every time India A plays, it’s important because it allows players the opportunity to go to the next level. But I would really love to hear from the people who are overlooking me. I can’t recollect the last time the selectors spoke to me, he said.

“As a cricketer, we work so hard pre-season for what? To win championships, to be recognised and rewarded, and you know how tough it is to perform at an average of over 100 in both List-A formats, it’s not possible every year. I will try my best to replicate that, but it’s very difficult.” 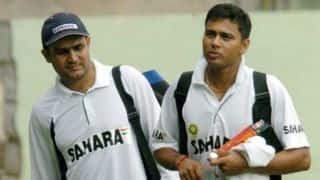