India B paced their chase beautifully as Abhimanyu Easwaran dropped anchor at one end while Ruturaj Gaikwad attacked, taking full advantage of the Powerplay overs.

India B lifted the Deodhar Trophy, courtesy a superlative batting effort as they comfortably beat Karnataka by six wickets in the summit clash at Dharamsala on Thursday.

Ravikumar Samarth (107 off 120 balls) was once again on the forefront as Karnataka scored a respectable 279 for 8 despite tottering at 64 for 4 at one stage.

In reply, India B romped home in 48.2 overs with as many as four batsmen hitting half-centuries.

Opener Ruturaj Gaikwad (58 off 47 balls) and Abhimanyu Easwaran (69 off 82 balls) provided the initial impetus with an 84-run opening stand.

Earlier, it was R Samarth, who scored his second hundred with the help of eight fours and a six and added 132 runs with CM Gautam (76 off 84 balls). Gautam hit six fours and two sixes.

They attacked Jayant Yadav (1/71 in 10 overs) mercilessly. The off-spinner, who was a surprise inclusion in the central contracts looked completely out of sorts.

India B paced their chase beautifully as Easwaran dropped anchor at one end while Gaikwad attacked, taking full advantage of the Powerplay overs. Easwaran hit seven fours and two sixes.

Easwaran, someone who is rated highly for his impressive technique was ready to play the second fiddle during the opening stand. He only started to open up after Gaikwad and Hanuma Vihari (21) were back in the pavilion.

His innings had eight fours and he added 62 with Iyer and was looking good for a hundred before being bowled off a half-tracker from leg-spinner Shreyas Gopal.

Tiwary, who has been in good form, hit eight boundaries and Stuart Binny was taken to task along with Prasidh Krishna as B team coasted home easily. Tiwary, in his earlier match against Karnataka, had slammed a 120 and brought India B close to a win.

Man of the Match: R Samarth 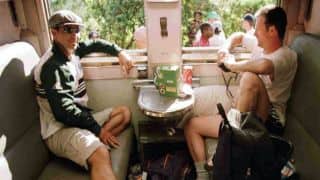 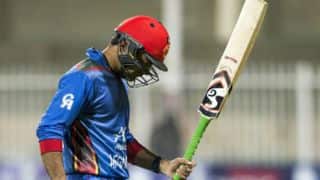