Manoj Tiwary was the more destructive of the two with the Bengal right-hander consuming only 43 balls for his knock, laced with five boundaries and as many sixes.

Mumbai: Skipper Manoj Tiwary and young opener Virat Singh‘s unbeaten century stand helped East Zone thrash a star-studded North by eight wickets in the Syed Mushtaq Ali Trophy Twenty20 cricket tie at the Wankhede Stadium here on Thursday. Chasing a modest 160, Tiwary (75 not out) and Virat (74 not out) overcame the early loss of opener Shreevats Goswami (0) and Ishank Jaggi (7) to guide East to a comfortable win with an undefeated 149-run third wicket stand. Tiwary was the more destructive of the two with the Bengal right-hander consuming only 43 balls for his knock, laced with five boundaries and as many sixes while Virat took 48 balls and hit nine fours and two sixes. READ: Syed Mushtaq Ali Trophy Inter-Zonal: South beat West by 5 wickets

The duo joined forced with the East zone struggling at 13 for 2 after pacers Pradeep Sangwan and Umar Nazir packed back Goswami and Jaggi cheaply. Earlier, North rode on Punjab southpaw Yuvraj Singh’s 24-ball 38 and cameos from Sangwan (21), Shikhar Dhawan (20), Gautam Gambhir (20) and Unmukt Chand (20) to post 159 for 9 after being sent into bat. For East Zone, left-arm spinner Pragyan Ojha returned with figures of 3 for 33 while Sayan Ghosh, Pritam Das and Amit Verma took two wickets apiece.

In the other match, The South Zone defeated The West Zone by five wickets in the at Wankhede Stadium on Thursday. Mayank Agarwal (70) and Vishnu Vinod (36) were the top scorers for the South Zone. Chasing 141, openers Agarwal and Vinod started the innings on a positive note as they scored 48 runs in five overs before Vinod was adjudged leg before wicket. Leg-spinner Praveen Tambe dismissed Vinod, who slammed four boundaries and two sixes in his 20-ball knock. 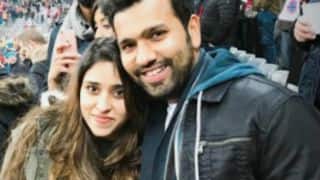