Young Gujarat batsman Manprit Juneja showed perfect temperament for longer format, scoring a patient unbeaten 178 in India A's first innings score of 408 for seven against New Zealand A at stumps on third day of the second unofficial 'Test' at Visakhapatnam on Wednesday. 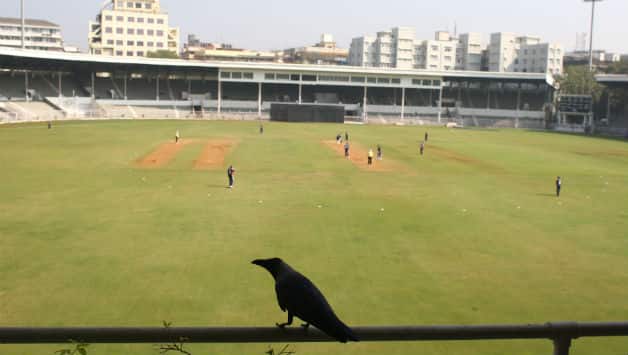 Young Gujarat batsman Manprit Juneja showed perfect temperament for longer format, scoring a patient unbeaten 178 in India A’s first innings score of 408 for seven against New Zealand A at stumps on third day of the second unofficial ‘Test’ at Visakhapatnam on Wednesday.

A week short of his 23rd birthday, Juneja batted throughout the entire third day adding 135 runs to his overnight tally of 43. He also put on a huge 197-run third wicket stand with Vasudevan Jagadeesh (91), who missed out on a ton by just nine runs.

Juneja then let his skipper Abhishek Nayar (58) dominate in a quickfire 88-run partnership for the fourth wicket.

For New Zealand, pacer Doug Bracewell was the most successful bowler picking up three for 78.

The Indians, who trail New Zealand A by just 29 runs with three wickets remaining, will be hoping that Juneja scores a double century before the bowlers get another shot at the Kiwi line-up on the final day on Thursday.

Juneja made the headlines couple of seasons back when he scored a double hundred on Ranji Trophy debut, and this fifth first-class century in just 12 matches speaks volumes about the right-hander’s talent.

He has already impressed the national selectors with a couple of half-centuries for India U-23 in the recently concluded ACC Meet in Singapore.

Juneja today faced 336 balls (equivalent to 56 overs) for his knock, which included 19 boundaries and a six.

The best part about Juneja’s innings was his unflappable concentration. He was ready to leave a lot of deliveries early on and waited patiently for the loose balls. He never looked in any hurry to go for the runs yet scored at a steady clip.

India A on Wednesday 314 runs losing five wickets in the 86 overs.

Credit should also be given to Kerala opener Jagadeesh who played 200 deliveries for his 91, hitting nine boundaries in the process. He was finally castled by Bracewell playing to a wrong line.

The most entertaining innings of the day was certainly played by Nayar, who scored his 58 at more than run-a-ball. He faced 55 balls to smash eight fours and a six before becoming Bracewell’s third victim of the day.

Zimbabwe reach 163/3 against Pakistan at tea on Day 2

Cricket Association of Bengal to use floodlights, pink balls in Ranji pre-season meet