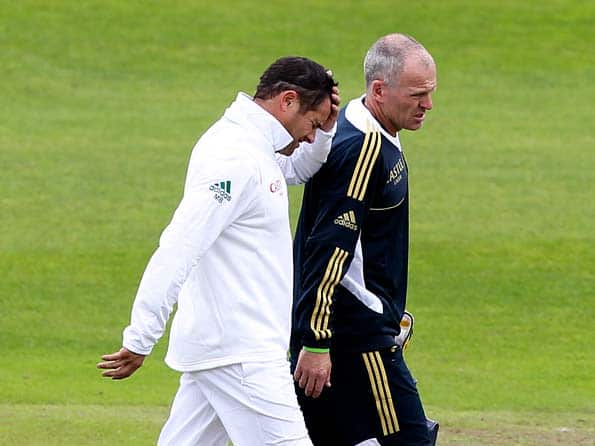 The medical report also said that there were no complications or bleeding in the eye.

The important parts of the retina were intact which confirmed previous findings and was a positive sign.

NDTV reported, during the surgery, the blood which got accumulated in Boucher’s eye after the incident was removed. The surgeon looked extremely optimistic with the way things went.

Mark Boucher was hit in the face when a bail ricocheted off the stumps after Gemaal Hussain was bowled by Imran Tahir during the first day of the Proteas’ tour opener against English county Somerset at Taunton.

England-Scotland ODI cancelled due to flooding