Former Australia cricketer Mark Waugh expects Ricky Ponting to scrap for survival in Australia's Test set-up despite being shunned from the one-day side. 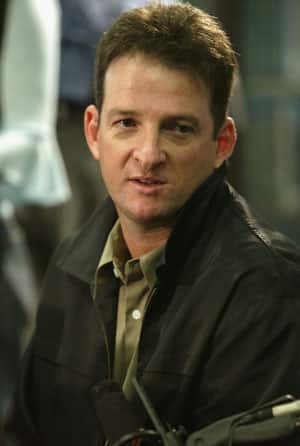 Former Australia cricketer Mark Waugh expects Ricky Ponting to scrap for survival in Australia’s Test set-up despite being shunned from the one-day side.

Ponting on Tuesday conceded that his ODI career is over, a day after he was dropped but said he would continue to play in the Test version of the game.

“He expects to succeed and he’s not there to take any favours or shortcuts. He’s a tough player and he wants to play to the end,” said Waugh.

“He still thinks he’s good enough and fit enough to keep playing for a long time, and he’s going to play until the selectors say he’s not good enough,” he told ‘Fox Sports’.

Heaping praise on Ponting, Waugh said, “He’s not going to be pushed into retiring because he thinks the selectors are going to drop him.

“He’s happy to take it on the chin if he does get dropped. That’s the sort of guy he is. He’s got a great attitude. He’s a tough competitor on and off the field.”

Another former international teammate of Ponting, Brendon Julian admitted that the two-time World Cup winning skipper’s axing from the one-day squad didn’t come as a shock and he expected some surprises in the coming months.

“There was no reason in my mind for Ricky Ponting to continue playing one-day cricket. At the start of the summer I think he should have concentrated on Test cricket,” said Julian.

“The big issue the selectors will be facing is … there are three Test matches against the West Indies coming up very shortly then there’s a massive gap, then you’re coming into our summer,” Julian added.

Julian, a Fox Sports cricket commentator, said the batting order needed to be sorted out before next year’s Ashes.

“This cricket team will be judged on how well they go in the Ashes in 2013 so we need to sort out our batting order for then.

“If you’ve got Ricky Ponting playing these Test matches in the West Indies, then a handful leading in to that into that winter Ashes series, there’s not enough time for another batsman to come in (if Ponting’s form fails again). The big issue is going to be deciding when they start planning for the 2013 Ashes series.

“The selectors are going to have to make some tough decisions,” he said.

The former Aussie all-rounder said that Ponting could still play domestic one-day cricket if he wanted.

“I know he might be thinking one-day cricket gives you momentum but there’s enough domestic cricket around. There’s Sheffield Shield cricket, there’s Ryobi Cup, plenty of other cricketers have worked their way into Test cricket (through the domestic scene).

“Look at Ed Cowan, he wasn’t even playing regular one-day cricket for Tasmania and all of a sudden he’s worked his way into Test cricket,” said Julian. (PTI)