England fast bowler Mark Wood admits that his time is running out to stake a claim in England s World Cup squad.

England fast bowler Mark Wood admits that his time is running out to stake a claim in England s World Cup squad. The 28-year-old fast bowler, whose career has been hampered by repeated injuries, made his debut in 2015, but even after more than three years, has played only 34 ODIs for England. With as many wickets in ODIs, Wood may fall behind the likes of Liam Plunkett, Ben Stokes, Chris Woakes and youngsters Tom Curran and Olly Stone.

Plunkett has been a regular feature in England s limited-overs set-up bagging 75 wickets in 44 games since the 2015 World Cup, while in his absence during the first four ODIs of the ongoing ODI series against Sri Lanka, Stone has impressed with his express pace, and Curran, 20, picked up 3 for 17 in the third ODI. After the fifth ODI against Sri Lanka, England are scheduled to play only five more ODIs before their World Cup squad is announced and with so little time left, Wood might not make the cut.

“In my mind, there’s one spot in the squad for five of us,” Wood said ahead of the final ODI. “Liam Plunkett is going to play: he’s been our best bowler for a while. Chris Woakes has been so consistent. He is a great bowler and he is going to take the new ball. And Ben Stokes balances the team.

“So you’ve got one spot between me, Tom Curran, who feels he has got his slower ball back, Olly Stone, who bowls rockets and is ahead of me at the moment, Sam Curran, who can bat, and David Willey, who had a good summer. We’re all probably vying for that one spot.”

Wood has been practicing bowling with an bigger run-up to reduce the stress he puts on his body. With the World Cup approximately eight months away, Wood’s priority is to remain injury-free. Putting his body through less pressure everytime he comes on to bowl is key. His latest injury trouble surfaced in June when the 28-year-old was forced off the field while playing for Durham in County Championship.

“It can be frustrating when you are just on the outside with a World Cup around the corner,” he said. “I’d be lying if I said I didn’t have one eye on that. I know that, if I don’t do well here, I am one tour away from not making that World Cup squad. And that’s something we’ve been building up to for over four years. Ever since the last one. So I’ve got to do the business.”

“I’ve managed to swing the new ball out here so that has been a plus. And I have been trying to work on a few new slower balls. I feel I can get better with a few slower balls. But I’m against the clock a little bit. Everyone is fighting for that one spot so it is not like I can keep working on a slower ball for the next three years.”

He understands the scenario given the amount of competition there is within the team. Skipper Eoin Morgan recently said that he was willing to drop himself from the Playing XI if the team benefits from it. And the fact that almost everyone has contributed immensely is reflects on their record. Under Morgan, England recently won their ninth ODI series in a row, a far cry from how they had performed last World Cup. And as the team prepares to win its maiden title, Wood harbours hopes of being a part of it.

“We’re one team,” he said. “We’re all together. I want my friends to do well. I’m an England fan and I want England to win.

“You don’t win nine series on the bounce [a statistic that excludes the one-off defeat against Scotland]. It’s good to have healthy competition without being all bitter or sour. That doesn’t help anyone. And I don’t think Eoin Morgan would have you around if you weren’t behind the team.

“Some of the net sessions have been pretty hairy as all the bowlers have been charging in trying to get a spot in the side. I’ve just got to prove myself and get better. And if I can do that, hopefully I should get my spot back.” 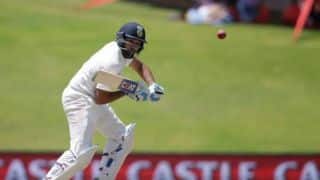 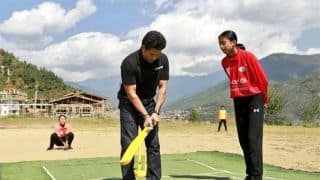