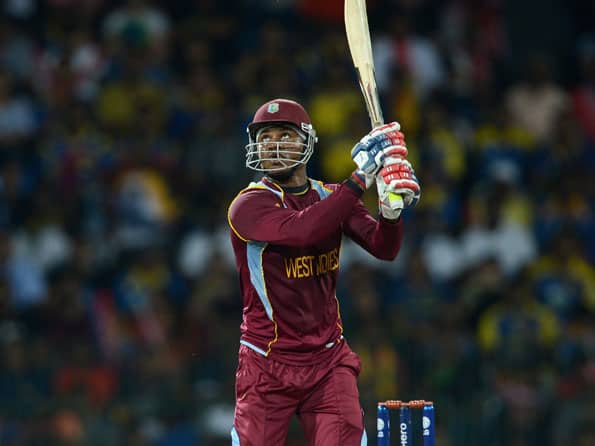 World Twenty20 Champions West Indies posted a mamoth total of 197 for four on the board against Bangladesh thanks to Marlon Samuels’ unbeaten knock of 85 from 43 deliveries in the one-off Twenty20 match at Dhaka.

West Indian opener Chris Gayle s poor form continued as Bangladesh bowler, Rubel Hossain got rid of him and his opening partner Dwayne Smith within the first five overs as the visitors were reduced to 30 for two.

Darren Bravo(41) and Marlon Samuels(85*) put on a 66-run stand in the next seven overs for the third wicket to
Sameuls went on to score a half-century, an innings that had just one boundary but five huge sixes as he tormented the Bangladesh bowlers.

Bravo too did well for his 28-ball 41 before he was stumped out off the bowling of Sohag Gazi.

The dangerous Keiron Pollard (15) was dropped twice before he was clean bowled by Ziaur Rehman.

But Samuels continued and put on a 76-run stand for the fifth wicket with Lendl Simmons in the last five overs to take West Indies to 196.

If I were Sachin Tendulkar, I would retire: Sourav Ganguly

Manoj Tiwary injured, ruled out of T20 series against England