Inspired by former India captain Sourav Ganguly and Australian spin legend Shane Warne, the 48-year-old Martin Crowe announced his return to first-class cricket in a bid to score the 320 runs he needs to touch a tally of 20,000. 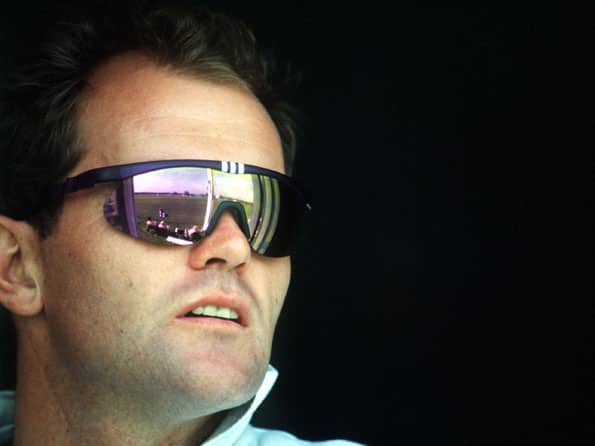 Inspired by former India captain Sourav Ganguly and Australian spin legend Shane Warne, the 48-year-old Martin Crowe announced his return to first-class cricket in a bid to score the 320 runs he needs to touch a tally of 20,000.

“Hey! If Ganguly can do it, anyone can do it! Shane Warne has been amazing and as a spin bowler he can probably bowl like that for a long time to come. Gilchrist has kept himself fit. It’s human nature to feel that you are top of things,” Crowe, a former New Zealand captain, said.

“Every now and then you find yourself drifting along. I needed to do something to stay at the top of things,” Crowe told a cricket portal.

“It’s a little bit of fun but it’s based on the need to get off my butt. When you get to my age, you need to do something. Physically, I am a person who needs more than going to gym. I need to fire myself up. I don’t like swimming, cycling, or lifting weights. I can’t climb, I can’t run; why not bat? It’s a serious goal to get fit but it’s a fun and light-hearted attempt to see if a 48-year old can play and at what level. Unless you try you will never know,” he added.

Crowe said he has mo fear of being ridiculed for attempting a comeback at 48.

“If I had done that at the age of 37-38, then may be your concerns would be valid. If I had done it then, it would have been sad. At that stage you are trying to make a comeback to international cricket.

“Now, I don’t have any aspiration to play international cricket. I gave up then because of my knee. I am interested to see if a 48-year old can bat. It’s probably unlikely. It’s probably only heard of at average club level. But that’s what we are going to check out,” he explained.

Crowe retired from international cricket due to a knee injury.

“By the time I was 40, I couldn’t even walk. I had a major operation called Osteotomy; it gives you 15 years of interim relief until you are old enough to have an artificial knee. I have felt good with this operation in the last 4-5 years,” he said.