"My friend & tough taskmaster Lymphoma is back to teach me," said the former New Zealand cricketer.

Former New Zealand skipper Martin Crowe informed on Tuesday that he is still suffering from lymphoma, an invasive cancer of the immune system. Crowe was diagnosed with the disease in 2012 and in mid 2013 he was cleared of the tumour.

After a brilliant year of self discovery and recovery I have more work to do. My friend & tough taskmaster Lymphoma is back to teach me.

I say Lymphoma as a ‘friend’ coz it delivered me a message to remove the past for good in 2012, which I have. Its returned as the taskmaster

To say you cant beat lymphoma is not quite true, many have. Yet follicular lymphoma is incurable, & can be treated & tamed for many long yrs

In mid 2013, Crowe informed that he was no longer in danger as the tumour was back to normal. ”It’s not technically complete remission, because there is what they call a small carcass of the large tumour kind of lingering, if you like,” Crowe was quoted as saying by the Fairfax Media.

‘The result is excellent, and every other lymphoma tumour is back to normal. It was great news because it’s been a rough eight months, and it’s now good to have that behind me. The chemo seemed to be obliterating everything in its path, but you never know,” Crowe added.

Crowe played 77 Test matches and 143 One-Day Internationals for the Kiwis from 1982 to 1995. Crowe garnered 5,400 runs in Test cricket at an average of 45, which includes 17 centuries. He is married to former Miss Universe Lorraine Downes. 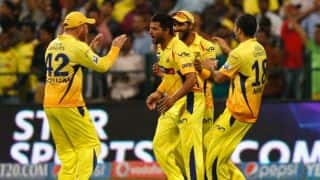