Currently, New Zealand are 87 for the loss of two wickets in 10 overs with George Worker on 26.

New Zealand opener, Martin Guptill was dismissed for a healthy 33 by spinner, Sean Williams after being caught by Sikandar Raza at long off, against minnows, Zimbabwe in the one-off T20I at the Harare Sports Club in Harare on Sunday. Currently, New Zealand are 87 for the loss of two wickets in 10 overs with George Worker on 26 and Grant Elliott on four. Earlier, Zimbabwe skipper, Elton Chigumbura won the toss and elected to field first. For New Zealand, batsman George Worker makes his debut, while both the teams move in with a strong batting squad, with an aim to put runs on the board and if possible, chase down a hefty total set by the team batting first, as the pitch promises runs. Live Scorecard: Zimbabwe vs New Zealand, one-off T20I at Harare

Zimbabwe and New Zealand face off in the one-off Twenty20 International (T20I) at the Harare Sports Club on Sunday. The match will be New Zealand’s last in their ongoing tour of Zimbabwe, before they head off to South Africa for two T20Is and three One-Day International (ODI) series. Zimbabwe will aim to finish their engagements with the Black Caps on a positive note after losing the third and final ODI by 38 runs to lose the series 1-2. New Zealand, on the other hand, will start off as favourites despite Ross Taylor being ruled out of the upcoming match, as well as the South Africa tour. Live Updates: Zimbabwe vs New Zealand, one-off T20I at Harare 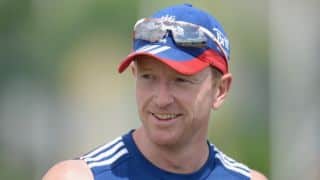 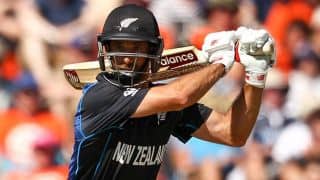