Sri Lankan cricket has been buoyed by its T20 World Cup triumph in April.

New Sri Lanka coach Marvan Atapattu targeted more success Friday for cricket’s reigning T20 champions in next year’s ICC World Cup 2015, saying morale was on a high. In his first press conference since landing the job full-time, Atapattu said there was no danger of complacency among his players and even star batsman Kumar Sangakkara recognised there was room for improvement ahead of the tournament in New Zealand and Australia.

“It is the World Cup that is our focus. Our morale is high. We have had a good run in the past six months and obviously the challenge for me is to sustain the success and build on it,” Atapattu told reporters. “I have a team of players who are willing to listen and learn. Even the world’s number one batsman (Sangakkara) always wants to learn something new to add to his game.”

Sri Lankan cricket has been buoyed by its T20 World Cup triumph in April followed by Test series victories against England and Pakistan when Atapattu was interim coach. Although world number one team South Africa did snatch a 1-0 victory in a two-Test series in July, the 43-year-old Atapattu did enough to impress cricket chiefs who handed him a two-year contract earlier this week.

“The main challenge obviously is to maintain our recent success,” said the former opening batsman. “I want to have transparency in what I do so that all players know what our plans are and how and where they fit in,” added Atapattu, who was part of Sri Lanka’s 1996 World Cup winning team.

Sri Lanka will warm up for the World Cup, which runs from February 14 to March 29, with 15 ODI matches against England and the tournament’s co-hosts New Zealand. Atapattu, a former skipper for the national side, is the island nation’s seventh coach in the last four years but is the first Sri Lankan to hold the post in 15 years. He replaced Englishman Paul Farbrace who quit in April after just four months in charge to become England’s deputy coach. 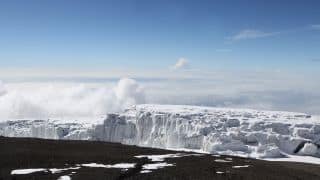