Young designer Masaba Gupta, daughter of  he daughter of West Indies’ cricket legend Vivian Richards and Bollywood actress Neena Gupta, been roped in by Women’s International Cricket League (WICL) to bring a twist of fashion and design into women’s cricket apparel. Her design label Masaba will be associated with WICL as the official sporting apparel design partner.

“Bringing Masaba in to design women’s playing and training cricket apparel seemed perfect as we were looking to create an identity through design and packaging of the sport. A partnership with this fantastic young designer seemed to complete the picture,” Shaun Martyn, director, WICL, said in a statement.

Masaba, who, at 24, was also appointed the fashion director of luxury brand Satya Paul, has emerged as one of the most promising new-age designers. She is excited about breaking new ground in fashion as far as designing for a women’s cricket team is concerned.

“As a designer, integration across fields is what really gives a brand dimension, diversity and visibility. I am extremely excited about this opportunity as I love cricket and design and could not see a more perfect collaboration on the two subjects,” said Masaba.

A small panel of international players will work with Gupta to design playing and training gear that will be functional, feminine and different. Sharing her plans of what’s in store for her debut foray in sportswear, Masaba tweeted: “I will be designing the jerseys and gear for six teams for the first ever women’s IPL to be held in Singapore. Our first step into sportswear.”

The designer will showcase these apparel designs at major fashion shows during the course of the year. The range will include a co-branded WICL and Masaba range of sportswear, which will be available online and in selected sporting outlets around the world. 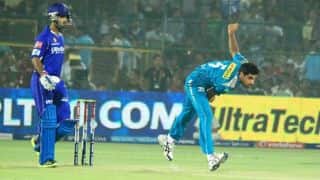 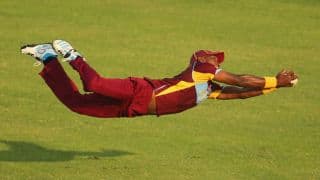 Dwayne Bravo: Selectors have got it wrong by excluding me from Tests