Mashrafe Mortaza to Step Down From Captaincy After Zimbabwe ODI Series

Mashrafe Mortaza to Step Down From Captaincy After Zimbabwe ODI Series

Mortaza will, however, continue to make himself available for selection and isn't retiring just yet.

Mashrafe Mortaza has made the big announcement that he will step down as Bangladesh captain after the third and final ODI against Zimbabwe to be played on Friday (March 6). Mortaza’s announcement comes after the Bangladesh Cricket Board (BCB) president Nazmul Hassan had said that they would look for a new captain after the series versus Zimbabwe. Nazmul’s comments came prior to the ODI series, as he believes Bangladesh look for a change in leadership with an eye on building a team for the 2023 World cup.

The 36-year-old Mortaza made the confirmation on the eve of the third ODI against Zimbabwe. He, however, has said that he will continue to remain associated with the team as a player. As per BCB chief, Mortaza’s selection in the national side will be subjected to his beep test results.

The third and final ODI will eventually bring down the curtains on a decorated era of Bangladesh cricket in the 50-over format.

“I am leaving the Bangladesh captaincy,” Mashrafe said at the pre-match press conference in Sylhet. “The third ODI [against Zimbabwe] is going to be my last game as captain. I took the decision myself. As a player, I will keep trying to give my best if I get the opportunity. I wish the next captain all the best.

“I believe that Bangladesh team will reach the next stage under him. I will try to give him all the support through my experience. I think the three available senior players each have the ability to lead the side. Hope the BCB takes the best one of them.”

Mortaza, who made his senior team debut in 2001, was first named ODI captain in 2010. He led the team to the semi-final of the 2017 Champions Trophy and the quarterfinal of the 2015 World Cup, after taking over as the white-ball captain in November 2014.

Overall, the Narali District-born all-rounder has led Bangladesh side in 87 matches – winning 49 and losing 36. Under Mortaza’s leadership, Bangladesh graduated from minnows to a striking force in white-ball cricket. He had also led the team in one Test, against West Indies in 2009, which Bangladesh won.

Bangladesh’s next ODI assignment is a one-off game in Karachi on April 1. 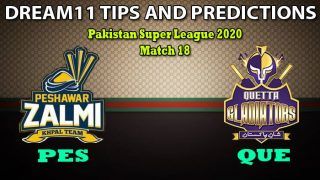