The New Zealand Black Caps will be underdogs on their cricket tour of South Africa, with their first Twenty20 international scheduled for Durban on Friday. 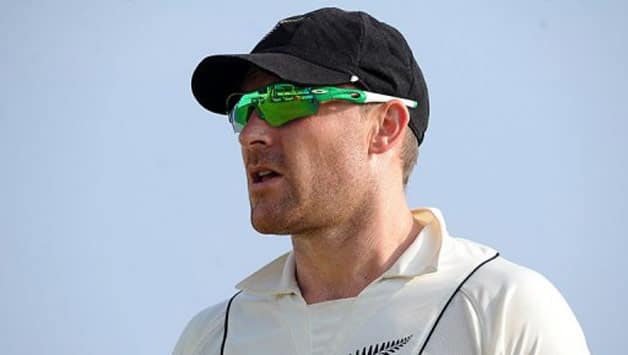 New Zealand’s chances in the Test series would seem to be minimal against South Africa, who claimed the world No 1 ranking by beating England in England earlier this year © AFP

The New Zealand Black Caps will be underdogs on their cricket tour of South Africa, with their first Twenty20 international scheduled for Durban on Friday.

Hit by injuries and the unavailability of leading batsman and former captain Ross Taylor, New Zealand’s best chance of matching their powerful hosts would appear to be in three Twenty20 internationals, which precede two Tests and three one-day internationals.

Led by Brendon McCullum, one of the world’s leading T20 batsmen, New Zealand will hope to match an experimental South African squad in the shortest form of the game.

Their chances in the Tests would seem to be minimal against South Africa, who claimed the world No 1 ranking by beating England in England earlier this year and then endorsed that status with an away win against Australia.

New Zealand’s hopes in the Tests are likely to depend on a handful of key players such as batsmen McCullum, Martin Guptill, Kane Williamson and fast bowler Trent Boult.

Another N.Z. fast bowler, Tim Southee, was ruled out on Thursday, with a thumb injury sustained during a domestic match between Northern Districts and Wellington.

Not only will the New Zealanders have difficulty matching South Africa on the field, but they will also have to convince a sceptical local public that they are worthy opponents.

Jacques Faul, the acting chief executive of Cricket South Africa, took the unusual step of distancing the organisation from negative media comments about the quality of a New Zealand side ranked eighth in Test and T20 cricket and ninth in one-day internationals.

South Africa are first, fifth and second in the respective categories.

“It is fundamental at any level of sport to respect the opposition, regardless of the team they put in the field,” said Faul.

Faul talked up the appeal of the South African side, claiming that local supporters would be eager to see their country’s stars in action on home soil for the first time in almost a year.

The New Zealand T20 squad includes five new caps and there is one uncapped player, left-arm spinner Bruce Martin, in the Test party. The one-day squad has not been announced.

McCullum, appointed captain in all three formats after what appeared to be a botched communication between Taylor and coach Mike Hesson, admitted the Black Caps would have been stronger if Taylor was in a team already missing world-class spin bowling all-rounder Daniel Vettori.

“There’s obviously been some distractions back home, but we know there is a monumental task in front of us,” said McCullum. “To take it on without some of our better players is disappointing, but that’s what we’ve got to do.”

As for South Africa’s injury setbacks, fast bowler Vernon Philander suffered a hamstring injury during a domestic four-day match in Cape Town on Thursday and will not bowl again for the Cape Cobras against the Titans.