The Central Crime Branch (CCB) has summoned four cricketers who participated in the Karnataka Premier League 2019.

The Central Crime Branch (CCB) has summoned four cricketers who participated in the Karnataka Premier League (KPL) in relation to the match-fixing scandal that has brought the state T20 league under scanner.

The four cricketers, whose names haven’t been disclosed, were allegedly in touch with Belagavi Panthers owner Ali Asfak Thara who has already been questioned by the CCB.

According to Deccan Chronicle, Ali was in touch with the cricketers representing other teams even when his own team was playing.

However, what role the cricketers had to play in this scandal is yet to be established.

“The inquiry is still at its initial stages and a detailed investigation is required. We will seek the assistance of Karnataka State Cricket Association (KSCA) and the anti-corruption unit of the BCCI too,” Bengaluru Joint Commissioner of Police (Crime) Sandeep Patil was quoted as saying by the English daily.

The report further quoted an unnamed Karnataka State Cricket Association official as saying that the board will fully cooperate with the investigations.

The Indian cricket has been recently hit by multiple reports of suspicious approaches by India women cricketers and match-fixing allegations in the Tamil Nadu Premier League (TNPL).

Players have shared with BCCI’s Anti-Corruption Unit screenshots of WhatsApp conversations where unknown people, posing as fans asked for information related to match and team combinations.

The ACU last week filed a First Information Report (FIR) at the Ashok Nagar Police Station in Bengaluru against Rakesh Bafna and Jitendra Kothari for an alleged attempt to fix an India-England women’s international match earlier this year. 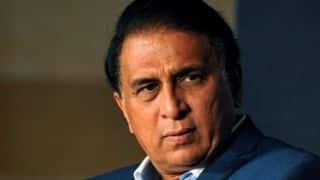