Day Five of the fourth Test between India and West Indies was called off without a ball bowled. And, with this, India won the four-Test series 2-0. All the same, Ravichandran Ashwin was adjudged Man of the Series for scoring two centuries and scalping 17 wickets. In fact, in the process, he became the only Indian to achieve this feat. In addition, this is his third consecutive Man of the Series award and sixth overall, surpassing Sachin Tendulkar and Virender Sehwag’s tally of five awards. However, with the match ending in a draw, Pakistan dethrone India to become No. 1 team in Test cricket for the first time. Full Cricket Scorecard: India vs West Indies, 4th Test match

Talking about milestones, Virat Kohli scored double-hundred in the first Test, becoming the only Indian captain to attain this feat overseas. With the help of his class-apart batsmanship and Ashwin’s seven-for, India won the match by an innings and 92 runs.

The second match saw West Indies display resilience on the final day, keeping India at bay. It was the 24-year-old all-rounder Roston Chase who put himself in the forefront of a rescue operation and scored his maiden Test hundred against the might of India’s spin attack, eventually taking his team out of the woods. However, had rain not interrupted Day Four’s play, India would have been at the doorstep of victory, as the match ended in a draw.

The hosts were back to square one in the third Test, as they were thrashed by 237 runs. Ashwin, along with Wriddhiman Saha, stitched 213-run partnership for the sixth wicket. West Indian batting, yet again, was dismantled by the Indian bowling unit. And, it was the same old story: Ashwin bags yet another Man of the Match award. Full Cricket Updates: India vs West Indies, 4th Test match

The fourth Test witnessed the unprecedented. Due to heavy rainfall, lunch was taken early on Day One, with West Indies struggling at 62 for 2 after 22 overs. Despite the conditions being sunny, the play never resumed, as the outfield appeared damp. As a matter of fact, the groudsmen dug few parts to take off the moisture. Nonetheless, the staff failed to do the damage-control, with umpires eventually calling off the match.

India’s next Test assignment will commence on September 21, against New Zealand for a three-Test series. However, before that, India will play two T20I matches against West Indies at Lauderhill, Florida. 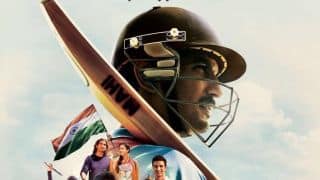 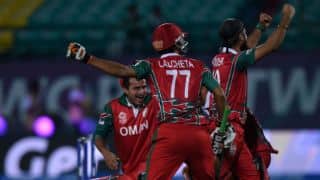