Matthew Renshaw batted for nearly four hours to score 50 per cent of his side's runs.

Australia batsman Matthew Renshaw marked his debut in English first-class cricket’s County Championship with a remarkable hundred for Somerset against Worcestershire at Taunton on Friday.

Renshaw is only playing for Somerset as a replacement for Cameron Bancroft after his Australia team-mate was banned for nine months by Cricket Australia for ball tampering during the third Test against South Africa in Cape Town.

Renshaw s unbeaten 101 represented exactly 50 percent of Somerset’s 202 all out in this First Division clash, with James Hildreth (48) and Tom Abell (10) the only other batsmen to reach double figures in an innings where paceman Ed Barnard took five for 52, his maiden five-wicket haul at this level.

Renshaw batted for nearly four hours, facing 139 balls including 13 fours and a six. In reply, Worcestershire collapsed to 48 for five before closing on 153 for eight.

It was a very different story for South Africa rising star Aiden Markram as one of the best young batsmen in world cricket fell for two ducks on Durham debut as an extraordinary 21 wickets fell on the first day of their Second Division clash against Kent at Chester-le-Street.

Durham were dismissed for 91 in the first innings, but recovered to bowl Kent out for 169.

New Zealand’s Matt Henry starred with the ball for Kent and he dismissed Markram for a second time with six overs left in the final session to take his sixth wicket of the day as Durham were left trailing by 65 runs. 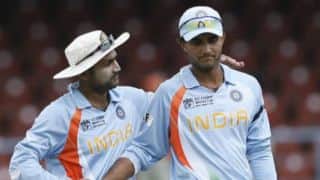 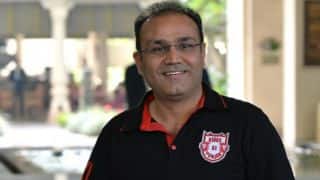