Cheteshwar Pujara now has scores of 2, 18 and 7 for Yorkshire this season.

It is two out of two for Matthew Renshaw. The Australian opener followed up his debut hundred in County Championship with another one and this time he brought up the milestone before lunch. The Day One of Somerset versus Yorkshire at Taunton was washed out due to rain. On Day Two, Renshaw tore apart the Yorkshire bowling in conditions difficult to bat.

Usually a solid batter who takes time to get going, Renshaw exhibited a different style of batting as he brought up his hundred of just 84 balls. This is his fastest First-Class hundred of his career.

What a moment!! Renshaw on 94* whacks Brooks into the stands and moves to a hundred before lunch!!#WeAreSOMERSET pic.twitter.com/rLPCwrVJgW

In his County Championship debut, against Worcestershire earlier this month, Renshaw scored 101 of his team’s 202 and inspired them to a win.

Renshaw brought up his century with a six and finished with 112 of just 99 balls. Somerset put up 216 in their first innings. From 145 for 1, Somerset lost 9 wickets for just 71 runs. 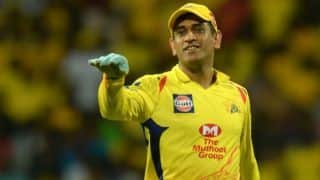 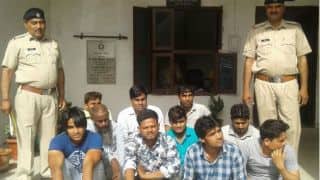