Australian spin legend Shane Warne has backed out-of-form wicketkeeper Brad Haddin to retain his place in the national team but said Matthew Wade is ready to replace him. 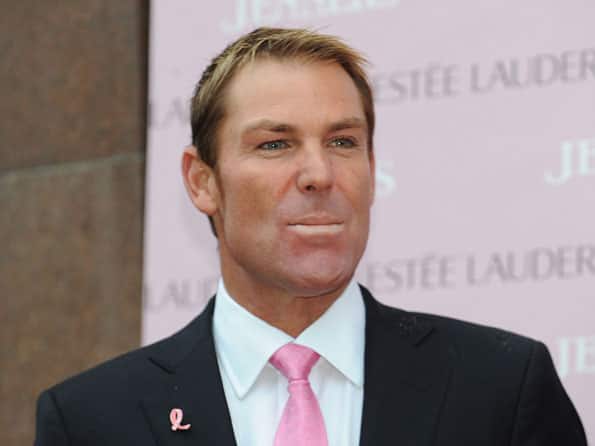 Australian spin legend Shane Warne has backed out-of-form wicketkeeper Brad Haddin to retain his place in the national team but said Matthew Wade is ready to replace him.

Haddin has not scored a Test century since November 2010 and in his last four Tests, he has made just 53 runs at an average of 10.6. Even behind the stumps, he is far from impressive, dropping catches in recent matches and that has put the Test vice-captain under pressure.

Despite Haddin is almost certain to retain his place in what would most probably be an unchanged squad for the fourth and final Test against India at Adelaide, Victorian wicketkeeper Wade is likely to be given a lot of opportunities during next month’s One-day series to press his case.

“Hopefully, he (Haddin) makes a big hundred in Adelaide and he’s fine, he can play for another fair bit of time. But if things panned out and the selectors decided to go another way then Matthew Wade would 100 per cent do a great job in all forms of the game and he’s ready to go,” said Warne.

Wade, who is already Australia’s Twenty20 wicketkeeper in the wake of Tim Paine’s long-term finger injury, has emerged as the heir apparent and is soon likely to be Australia’s one-day keeper as well.

Wade’s glovework was impressive in the two Twenty20 Internationals for Australia last year, besides he had also scored 316 runs at 63.2 in the Sheffield Shield.

And Warne feels that the 24-year-old is ready for the job if called upon.

“If his opportunity comes I think he’s ready to play,” he insisted.

“I think he’s definitely the next keeper after Brad Haddin, whenever Haddin’s time is up,” Warne was quoted as saying by Fox Sports.

However, the former spin king said that Haddin should be given more time to work his way out of his form slump.

“I think Brad Haddin has been a wonderful player for Australia and cricket is a performance-based game; if you perform you play and if you don’t perform you shouldn’t play, that’s the way sport is.

“If you’re not doing your job well, get someone else to do it. With Brad Haddin, I think he’s doing a good job and hopefully he can find some form because he’s a wonderful player,” he said. (PTI)

I want to play for India, tweets Chris Gayle