Maharashtra Cricket Association (MCA) have adopted the recommendations of the Justice RM Lodha committee on December 29. MCA President Abhay Apte said at the Special General Body Meeting: “The MCA has unanimously agreed to implement the Lodha Committee reforms and any further orders that the [Supreme] Court may pass in this regard”.

“Members were completely unanimous on this issue and I am very happy that members have considered association above their personal interest,” added Apte. A few weeks ago, the Managing Committee of MCA had agreed to adopt these recommendations. According to reports, Ajay Shirke, who was sacked by the Supreme Court, was also present at the meeting.

A senior MCA official said that Shirke, being a member of the association, can come to the meeting in that capacity. The Supreme Court had asked state cricket associations to implement the reforms suggested by the Justice Lodha Committee. 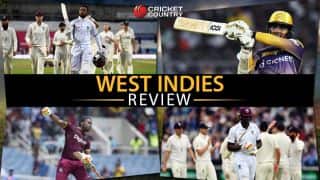