MPL teams will be named after iconic places in Mumbai which are synonymous with cricketing history.

The Mumbai Cricket Association (MCA) is all set to come out with its own version of Twenty20 (T20) tournament — the Mumbai Premier League (MPL). According to reports in mid-day, the tournament is likely to be played in January 2016 and will be played between six teams and just like the cash-rich league Indian Premier League (IPL), the players and teams will be auctioned. “Each team will have an iconic Mumbai player like Rohit Sharma, Ajinkya Rahane or Shreyas Iyer in their ranks. Former Mumbai stalwarts will be roped in as mentors of the teams,” a source was quoted by the newspaper.

“Only two players from the U-19 category will be allowed to play in the league. No junior players will be exposed to T20 cricket right now,” the source added. Teams will be named after places in Mumbai which are synonymous with cricketing history.

“There could be a team named after Shivaji Park, Bandra, South Mumbai, Navi Mumbai, Thane etc,” the source said.

The format of the MPL will be something like this — Each team plays five league matches and out of six teams, the top four will progress to the semi-final. The winners of the semi-final then progress to the final. The MPL matches are likely to be played at MCA’s Bandra Kurla Complex ground as Wankhede Stadium will be busy hosting domestic matches.

“That’s the reason MCA is in the process of putting up floodlights at the BKC ground,” said an official. MPL matches will be telecasted live and the cricket. The MCA managing committee will discuss further about MPL in their next meeting. 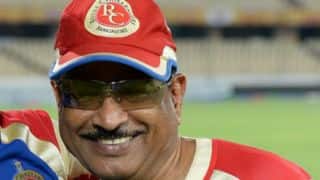 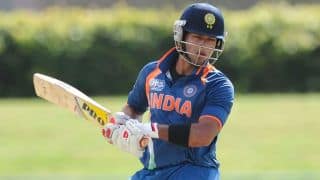