MCA sources said that Sharad Pawar got details of the Supreme Court's stinging remarks asking BCCI to "fall in line" after the Lodha panel sought removal of the top brass of BCCI.

Mumbai: Mumbai Cricket Association (MCA) decided to keep its writ petition filed in the Bombay High Court, contending that the Board of Control for Cricket in India (BCCI) cannot force it to implement the Supreme Court-appointed Justice Lodha Panel report since it is governed by the provisions of the Bombay Public Trusts Act, “pending”. “A decision was taken today at the MCA managing committee meeting to keep it pending till the proceedings of the SGM of the BCCI on September 30 (in Mumbai),” MCA joint secretary Unmesh Khanvilkar said on Wednesday. It was learnt that midway through the meeting of the MCA chaired by its 75-year-old president Sharad Pawar a telephone call was received by the Maratha strongman from Delhi.

MCA sources said that Pawar got details of the Supreme Court’s stinging remarks asking BCCI to “fall in line” after the Lodha panel sought removal of the top brass of BCCI, including its President Anurag Thakur and Secretary Ajay Shirke, for non-compliance of the apex court’s directions. If the recommendations of the Lodha committee are implemented in letter and spirit, the NCP supremo will have to relinquish the post as the suggestions of the panel do not allow those above 70 years of age to hold an administrative position in BCCI or its affiliated units.

MCA, in its petition, claimed that the BCCI cannot “direct” it to implement the recommendations made in the 159-page report submitted by the three-member Lodha committee to the Supreme Court. According to MCA, it is governed by the rules of the Bombay Public Trusts Act. The petition is likely to come up for hearing before a division bench of the High Court on September 30, and it’s to be seen what stand MCA takes on the matter post the BCCI SGM. READ: MCA scale down tickets rates for IND-ENG Test at Wankhede

In July, Pawar, after a meeting of the MCA’s managing committee, had said he was going to retire from cricket administration. The Supreme Court, in July, had directed BCCI and the state cricket associations to implement all the recommendations of the Lodha committee within six months. 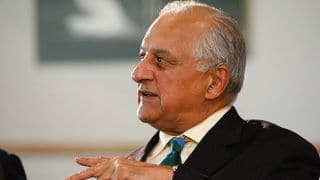