Some of cricket's greatest players have urged officials to persist with World Test Championship.

Some of cricket’s greatest players have urged officials to persist with the threatened World Test Championship.

The International Cricket Council (ICC)  intends to stage the inaugural edition of the proposed tournament in England in 2017, with the top four sides in the game’s longest format vying for the trophy.

ICC chiefs have repeatedly insisted that such a Championship would help give a boost to the five-day game, which is struggling to attract crowds outside of showpieces such as Ashes contests between England and Australia.

Administrators had planned to launch the WTC in 2013 only to discover that existing commercial agreements obliged them to stage a limited overs tournament instead, hence the ‘final’ edition of the one-day Champions Trophy in England last year.

The World Test Championship was pushed back to 2017 but recent reports have indicated it is still failing to attract broadcast and commercial interest, leaving the ICC contemplating continuing with the Champions Trophy instead.

However, the world cricket committee of Marylebone Cricket Club (MCC), the owners of London’s Lord’s Cricket Ground and the global guardian of the sport’s laws or rules, believes this would be a mistake.

“The MCC World Cricket committee is a strong supporter of the proposed World Test Championship, and urges the ICC to ensure that such a tournament — or at least a final — takes place in 2017 and beyond,” said a statement issued by the MCC committee on Wednesday following a two-day meeting in Abu Dhabi.

“The committee understands the commercial sensitivities and logistical issues surrounding the proposed World Test Championship, but feels that a solution must be found.

“Whilst the committee would ultimately like to see the currently-proposed four-team knockout competition proceed, it believes that a scaled-down version involving the top two teams in either a one-off Test Final or Test Series would still provide a context that the longest form of the game currently lacks in comparison to one-day and T20 cricket.

“The committee believes that Test cricket could suffer if the concept was dropped.”

Meanwhile the committee called for greater funding of the ICC’s anti-corruption and security unit.

And it also said plans to develop cricket in China, where the sport has started to put down roots, having formed part of the 2010 Asian Games in Guangzhou, were “not unrealistic”.

To further this aim, the statement announced plans for a tour of China by MCC Women in October, playing matches and running coaching sessions in Beijing, Shanghai and Hong Kong. 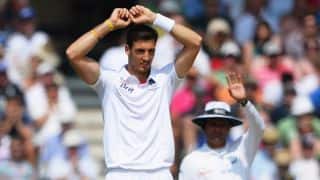 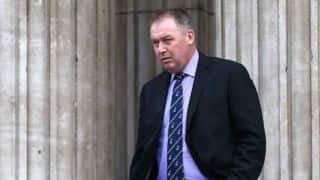