Marylebone Cricket Club (MCC) will celebrate the Bicentenary of Lord's next year with two showpiece matches against the Rest of the World. 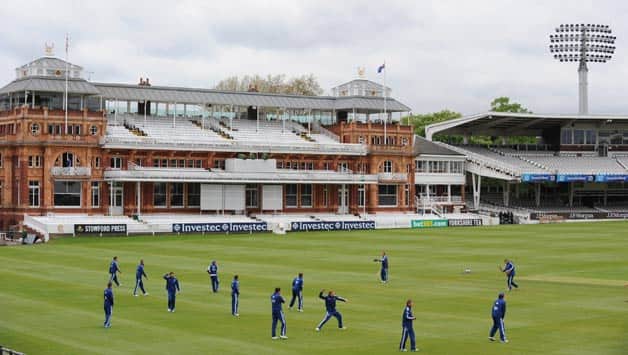 Marylebone Cricket Club (MCC) will celebrate the Bicentenary of Lord’s next year with two showpiece matches against the Rest of the World.

MCC, which owns the famous Lord’s Ground in north London, on Wednesday revealed they will play the star-studded 50-overs fixture on a yet to be confirmed date in 2014.

When the MCC celebrated its own Bicentenary in 1987, the world’s best players gathered for a one-off five-day fixture which included the likes of Sunil Gavaskar, Kapil Dev, Imran Khan, Allan Border and Malcolm Marshall.

The Lord’s Bicentenary will also be marked by a match between MCC Women and Rest of the World Women.

It will be the first time an MCC Women’s side has played on the Main Ground at Lord’s. On Sunday June 22, 2014, MCC will also play Hertfordshire to commemorate the first match played at Lord’s exactly 200 years earlier.

MCC will open its doors to local people and invite them in to see behind the scenes and partake in a range of activities at Lord’s.

“Lord’s is a wonderful Ground and we want to share it with as many people as possible on the occasion of its 200th birthday,” MCC President Mike Griffith said.

“We may be commemorating the past but there is so much new to celebrate too — it’s a great step forward for Lord’s to host the first ever MCC v Rest of the World women’s match.

“And by throwing open our doors on 22nd June we hope to bring the delights of Lord’s to many people who have never visited the Ground before.”